BREAKING: Road To 2023 – CPDPL Cuations Lamido, Aliyu Over Wike, Says PDP Must Be Fair To The South 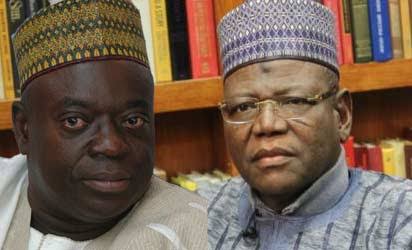 “Silence is worse; all truths that are kept silent become poisonous.” — Friedrich Nietzsche

Following the unnecessary attacks on the governor of Rivers State, his Excellency, Barr. Nyesom Wike, by the former governors of Niger and Jigawa states,  Dr. Babangida Aliyu and Alhaji Sule Lamido respectively, the Concerned PDP League (CPDPL) has bashed and lashed their alleged statements, describing them as insensitive, vexatious and disruption of the peace process in the party.

The duo has made statements during interviews and press releases on different media platforms that are considered uncomplimentary of the person of Governor Wike, who has done so much for the PDP.
The CPDPL issued a strong statement condemning Lamido and Aliyu’s statements.

Comrade Daboikiabo Z. Warmate, the CPDPL leader, last night in a press statement accused the two former governors of using Wike as a shield to cover the woeful performance of PDP in their states under their watch.
According to him; “Ask Aliyu and Lamido when last did PDP win just one or two State and National Assembly elections or Governorship seats in their respective states since they left office or from 2015 to date? Why have they not been able to give PDP the constitutionally required twenty-five percent (25%) votes in all the Presidential elections since 2015? It’s just unfortunate that people don’t ask questions in this part of the world and easily forget things.”

“God used Governor Wike, then a first-term Governor, who came to the rescue of the party with all his might, which some of them, in strong agitation and pursuit of zoning of the presidency to the north in 2015, betrayed and destroyed the party and even bragged about it.  Is it because Wike did not allow some people’s wish for PDP to die, that is why they are pouring venoms? Some people made statements wishing PDP to go into extinction. And today they are the greatest beneficiaries of the handiwork of Wike, (Rescuing PDP). Today Lamido’s first son is the candidate of the party in Jigawa and fortunately or unfortunately, Aliyu seems to have been unable to have his protegee as the candidate of the party in Niger state.”

So Wike’s anger is justified. PDP and Atiku as a matter of necessity, have to accept his conditions for the actualization of the PDP/Atiku Presidency come 2023.

Wike is not a founding father but a founding Dad or Daddy because not all fathers are dads Viz a Viz. In Nigeria, as we say, the difference between a father and a daddy or dad is that the father just impregnates the woman (wife or girlfriend), there ends their responsibility but, dads are sometimes not even responsible for the woman’s pregnancy or even knew when she conceived or gave birth but takes all the responsibility of the innocent child upon themselves. That’s what Wike did or is doing for PDP hence, the reason we referred to him as the founding Dad or Daddy of PDP.

For crying out loud, the party is making campaigning for the party difficult in the entire south. We are saying this with all sense of objectivity and concern for our great party. Most of the things we say are pregnant. All leaders should have a day out of their 7 days in a week and just listen to critics; after all they have 6 days to listen to praise singers and supporters. After which then can judge who truly care’s about their political future and legacy,warmate said.

He further said, “We don’t hear them weaponize (attack and criticize) the woeful performance and failures of the Buhari/APC led the federal government to promote the creed and increase the popularity and confidence of the party among Nigerians and the chances of the party in the 2023 elections. None of them has started, how much more consistently do so, as Wike is doing. Just to mention some of the issues that are of great concern to Nigerians and they have said nothing about;1. Insecurity, 2. The alleged buying of N1.4b worth of SUV Cars for the Niger Republic at the expense of  ASUU strike (our education), Health, security, et al. 3. The evil water resources bill. 4. Mindless and satanic looting and corruption, 5. Billions stolen by the AGF 6. Nose diving economic situation, 7. Exchange rate from 170 to 710 naira to the dollar, 8. Excruciating economic hardship,9. Unemployment and the endless poverty.”

And that’s why our team is working on some proposed amendments to the PDP constitution to make party leaders more responsible and responsive and prominent among them will be that, for you to be qualified to contest for any national office or appointed as a BoT member, your state assembly and federal constituency must be under PDP, as against what is presently obtainable. And also that, not later than four days to the conduct of any election (from delegate congress to national convention everyone given a committee appointment  (assignment) list must be pasted at the National secretariat, and if necessary published, as against the fraudulent fire Bridget and life-risking approach.

However, for the first time, the  BoT Chairman received kudos instead of knocks from the group for his statement and efforts towards assuaging Wike’s anger and ensuring that the party is peaceful and united before the 2023 election.

We therefore, urge them to channel their attacks on APC and the President Buhari led Federal Government to brighten the chances of the party.