2023 Election: Why Christians Must Vote Against Muslim Muslim Ticket 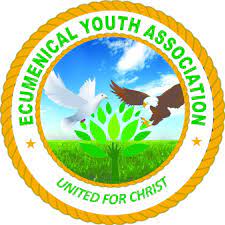 The President of the Ecumenical Youth Association (EYA), Daboikiabo Z. Warmate, has advised Christians in Nigeria to vote against Muslim Muslim Presidential Candidacy of Bola Tinubu and Kashim Shettima of the All Progressive Congress (APC) in the 2023 general election.

Daboikiabo Z. Warmate gave two major reasons and cites a few scriptures to buttress his points, advising and appealing to Christians to stand in defence of their faith by voting against the Muslim Muslim ticket and not to be deceived that religion does not matter. He also advise and appeal to the Christian Association of Nigeria (CAN) not to repeat the alleged 1993 compromise.

Reacting to the following deceitful statements from the pit of hell as he puts it that, Muslim Muslim ticket does not matter, Tinubu’s wife is a Christian, Tinubu is a liberal Muslim, Tinubu will take care of Christian, must of the governor’s in the south west are Christians.

Warmate asked, “If Tinubu’s wife has such a strong influence on him, why as a Christian she could not make her husband to pick or chose a Christian as his running mate? Does the Nigerian constitution recognizes the office of the first lady or President’s wife?”

He said, “that was how the Christians in Egypt, Turkey, and Lebanon were once deceived and told that religion does not matter. How far now? history is a willing teacher for whoever is ready to learn. Today the trio are full Islamic countries.”

Coming home to Nigeria to the recent one, he said, “See what is happening in Kaduna state today? Gov. El Rufia introduced a Muslim Muslim ticket in 2015 and 2019, it was taken lightly and he succeeded and decided to continue with it, that is why the APC Kaduna state governorship candidate and his deputy are both Muslim.

The Muslim Muslim ticket is a gate of hell that must not be allowed to prevail. Matthew 16:18b says, … And I’ll build my church on this rock. The gates of the underworld won’t be able to stand against it. Just like the parable given by our Lord and Saviour Jesus Christ, comparing the Kingdom of God to a person who sows good seed in a field. While he sleeps, an enemy comes and sows weeds among the wheat. We need to wake up from our slumber.

‘Senator Shahu Sani, on his verified Facebook page has recently indirectly  alleged that, CAN in 1993 compromised that was why the Muslin Muslim ticket of Abiola and Kinkigbe worked’. “It was God that intervene and saved us from that one so, If it was allegedly compromised or tolerated in 1993, that should not repeat itself in 2023, Warmate warned.”

“How long will Christians continue to accept crumbs at the expense of their faith? The Bible said in Mark 8:36 Do you gain anything if you win the whole world but lose your life? Of course not! Christians should please have sense. A thousand words will not leave so deep an impression as one deed.
“We as Christians should approach the presidential and other elections in 2023 with the Spirits of Esther that said to her people (Jaws) … “I will go to the king, even though it is against the law. And if I perish, I perish.”(Esther 4:16b) and the three Hebrew young men who stood up for God, and so refused to do what was convenient and safe and rather entrusted themselves to God in the face of death. …” we will not serve your gods or worship the image of gold you have set up.” (Daniel 3:17-18). And also …the children of Issachar who had an understanding of the times, to know what Israel ought to do…” (1 Chronicle 12:32). May our Dear Lord God give us men of understanding who can see the times and have the wisdom to know what we must do.

it is one good thing to condemn the Muslim Muslim ticket on media but doing that without mobilizing Christian voters against it, will be a big disservice to God and our faith. Mobilization should start with immediate effect.

However, warmate congratulated the Christian Association of Nigeria (CAN) President, Archbishop Daniel Chukwudumebi Okohand his team. He also commends all those that have been speaking against the evil contraction and conspiracy. And that God should bless us with all we need for us to come out victorious in this challenge.