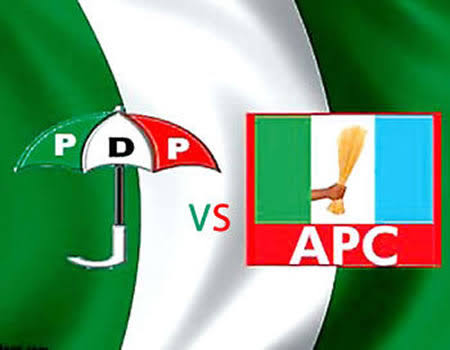 The election tribunal sitting in Abuja on Friday 5th August 2022, ruled on the petition file by Mr. Murtala Karshi of the All Progressive Congress (APC) against Hon Christopher Zakka Maikalangu of the Peoples Democratic Party (PDP) over the election held on 12 February 2022.

The Independent National Electoral Commission (INEC) declared Hon Christopher Zakka Maikalangu of the PDP winner with a total of 19,302 votes, while Mr. Usman Karshi secured 13,249 votes. But the tribunal awarded over 21000 votes to Mr. Murtala Karshi of the APC, while Hon Christopher Maikalangu, Chairman of Abuja Municipal Area Council (AMAC) maintained his original 19302 votes. Thus, the Tribunal’s decision effectively enthroned Mr. Murtala Karshi as the validly elected Chairman of AMAC in the process.

Reacting to the news, the PDP group condemned the judgment, asking, how could someone with 13, 249 votes, be granted over 21,000 votes? The transfer of people’s mandates or votes by tribunals and courts must be stopped.

The group leader Comrade Warmate said, “it is high time we introduce judicial calculus or arithmetics course in the law department of our universities because, it’s baffling how the tribunal was able to calculate and allocate over seven thousand votes to the APC candidate, Mr. Usman Murtala Karshi, who was defeated by Hon Christopher Zakka Maikalangu of the PDP with a majority of 6,053 votes. This reminds me of the song by the Afrobeat singer and hero, Fela of blessed memory, ‘Government magic, they can turn electric t o candle’.”

“This has once again exposed Ayu’s inability to protect and preserve PDP’s mandates given to it by the ever good and reliable AMAC and FCT residents in demonstration of their confidence in our great party. The good news is that the dynamic AMAC chairman has begun the process of appealing the unfortunate and unjust judgment.” Comrade Warmate said the buck stops with Ayu and emphasised that “Ayu’s sleeping approach to the handling of party matters is responsible for this bad news that just greeted us as a party.”

Comrade Warmate expressed fears over the Osun State governorship election tribunal and the court, particularly, in contemplation of the heightened level or nature of desperatione of APC. Although we have no confidence in Ayu we are trusting God that the mandate given Adeleke by the discerning and sophisticated voters of Osun State would not be stolen by APC through the back door. will not succeed in stealing the mandate of the good people of Osun state given to the PDP not minding Ayetola’s judicial exercise.

As for the the decision of the Abuja election tribunal, Comrade Warmate reiterated that the setback is a temporary one, and that God who gave PDP the initial victory through the good people of AMAC, will return the mandate to the PDP.
#AyuMustGo