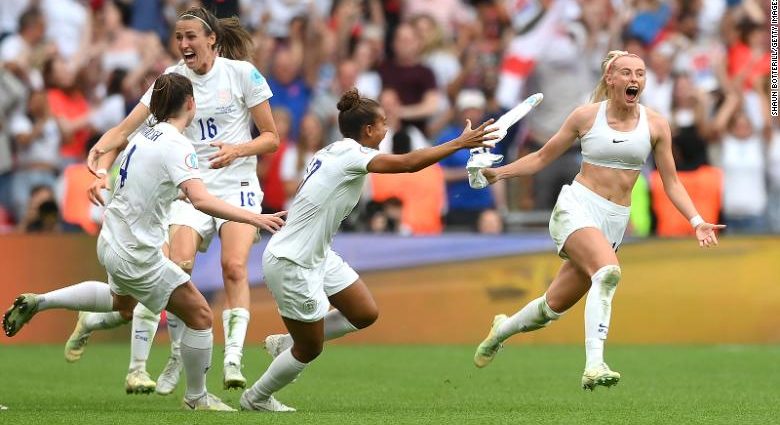 England won their first major trophy in heart-pounding style as Chloe Kelly’s extra-time goal thwarted old rivals Germany in a dramatic and historic final that was witnessed by a mesmerised, record-breaking crowd for a women’s football fixture in the UK.

Manchester City winger Kelly firmly etched her name into English football folklore as she poked home from around three yards with just 10 minutes of additional time remaining to clinch the nation’s first major senior international football honour of any kind since 1966.

Manchester United’s attacking midfielder Ella Toone had earlier dinked England in front in the second half of the normal 90 minutes, expertly lifting the ball into the top corner from Keira Walsh’s perfect ball down the middle to send the 87,192-strong crowd wild, but Lina Magull’s near-post leveller gave Germany hope and forced the nerve-wrenching contest into an additional half an hour.