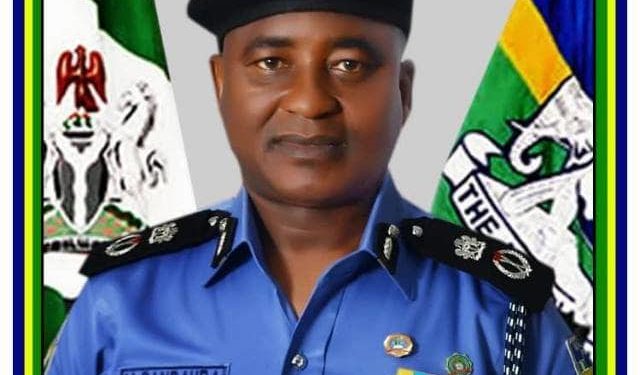 The Police in Rivers have adopted new strategies to end perennial kidnapping along East-West road and Elele-Owerri road in the state.

The Rivers end of the East-West road linking the state to other parts of the country had been a hotbed for kidnappers, targeting passengers of commercial transporters.

Hundreds of commuters had reportedly been abducted on the road by notorious rings of kidnappers operating within South-South states.

The Commissioner of Police in the state, Mr Mustapha Dandaura, announced the adoption of the strategies in a news conference in Port Harcourt on Friday.

He said “the state has been on the news for violent crimes such as, cultism, kidnapping, armed robbery, killing and pipeline vandalism.

“So, I am here in the state to fight these crimes to a standstill and bring them to a tolerable level. Rivers state will no longer be conducive for criminals.

“My arrival will see the decimation of criminals on the East-West road and that of Elele-Owerri road as well as other violent crimes in the state.

“I strongly pledge to end the attacks on the East-West road with my new deployments and re-strategisation to produce results in the shortest possible time.’’

Dandaura said that Rivers being a major economic hub of the country must not be allowed to fall and be in the control of criminals.

“To this end, my administration will rest on five strategies, including, intelligence-led policing, constructive engagement and community partnership as well as recovery of illegal arms.

“Other strategies include zero tolerance on corruption and respect for sanctity of human lives as well as promotion of credible leadership.

“In sum, the command under my watch, will fight all manner of crimes and criminality with a view to bringing them to the barest minimum,” he said.

The police boss said that aside the strategies, the command would engage communities to key into the command’s proactive measures aimed at preventing crimes in their localities.

He added that the measures would entail security forces being stationed at strategic locations as well as conduct raids on identified criminal hideouts and black spots in the state.

Dandaura assured that during his tenure, the command would be apolitical, professional and firm in the discharge of its mandate.

“Consequently, we invite the media to join forces with the command to make the state safe and secure.

“We also call on Rivers people to work with us to enable the police to deliver quality and productive policing.

“I call on all political gladiators in the state to come together to move the state forward. I shall entrench good working relationship with Rivers government to achieve our common goals,” he said.