MANCHESTER ARNDALE MALL: Shoppers 'Scream' And 'Run For Their Lives' 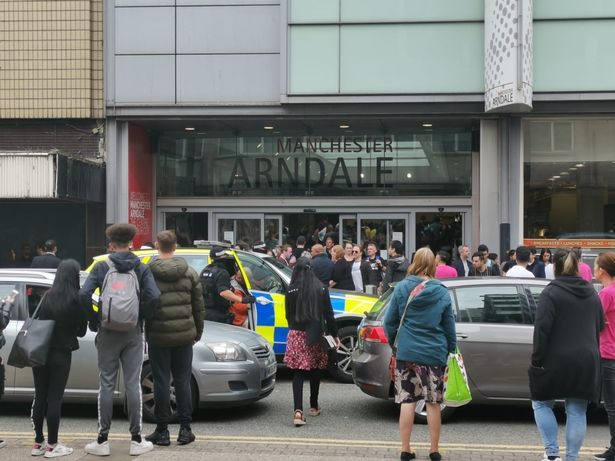 Shoppers were said to be screaming and running for their lives after a terrifying incident at the Manchester Arndale shopping centre.

Several customers took to Twitter to say that they had been evacuated and that police were swarming on the building.

One shopper described “mass panic” as crowds were told to exit the shopping centre, while another said everyone “ran out screaming” amid the chaos.

Several people took to Twitter to express concerns of a “bomb scare” or a “shooter incident”.

But it seems that the panic was actually caused by a customer in the centre’s food court area.

Police said they were called to the shopping centre at 1.20pm today to reports of a man with a gun, but found no evidence of anyone with a firearm.

Andy Appleby wrote on the social media site: Sat enjoying a subway salad in Manchester Arndale foodcourt, crazy man gets on a table shouting and mad panic ensures. Not sure what happened but the rumours are flying.”

Another witness described a male standing on a table shouting that he had “something to show everyone” before people began running.

In a statement, Greater Manchester Police said: “At 1.20pm today, police were called to Manchester Arndale to reports of a man with a gun. Armed officers attended but found no evidence of anyone with a firearm.

“Officers are patrolling the area and would like to reassure the public that there is no cause for concern.”