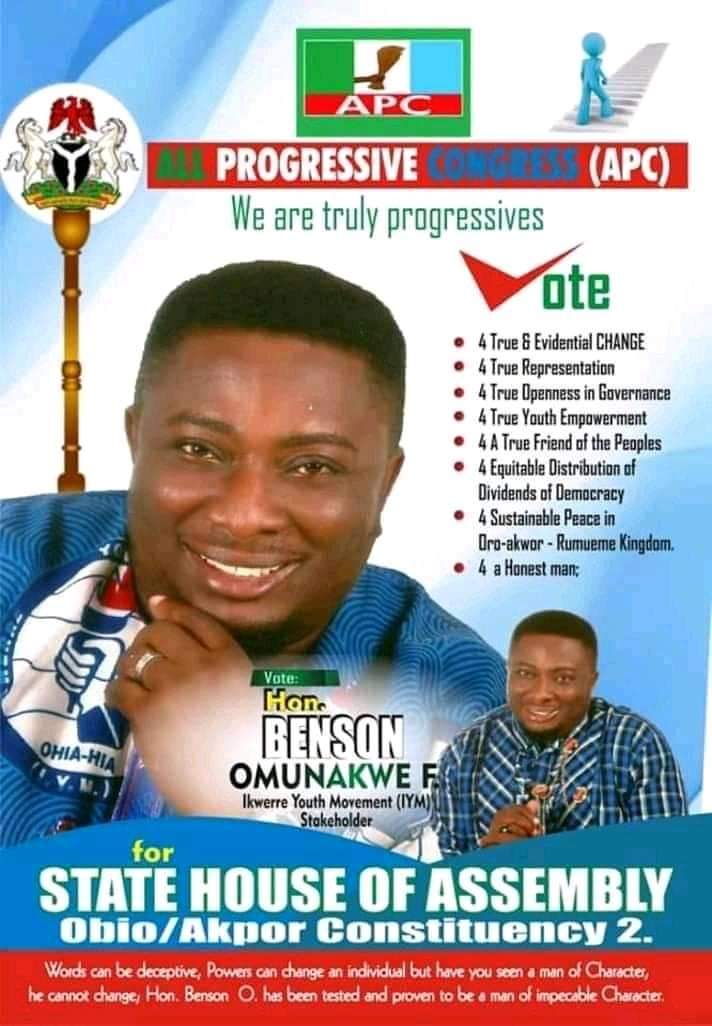 A group of gunmen has shot and killed a chieftain of the All Progressives Congress, Benson Omunakwe.

Omunakwe was killed at Agip Estate in Port Harcourt on Wednesday night.

The gunmen were said to have driven into the estate where he lived and shot their victim.

Omunakwe was a former aspirant to the House of Assembly. He was reportedly killed while he was returning home at about 8.45pm.

A relative of the deceased, Okechukwu Benson, said he was watching football when he received a call that his brother’s son had been shot.

“I had a call at about 9pm that they had shot my brother’s son at Estate. He had no problem with anybody that could warrant his killing,” Okechukwu said.

He, however, called on the Police to investigate and arrest those behind Omunakwe’s death.

State Police Public Relations Officer, Nnamdi Omoni, confirmed the incident, disclosing that two persons have been arrested in connection to the murder of Omunakwe.

“It happened last night at Agip Estate. He was attacked by unknown gunmen. But we have arrested two persons and they are helping us in our investigations,” Omoni said.