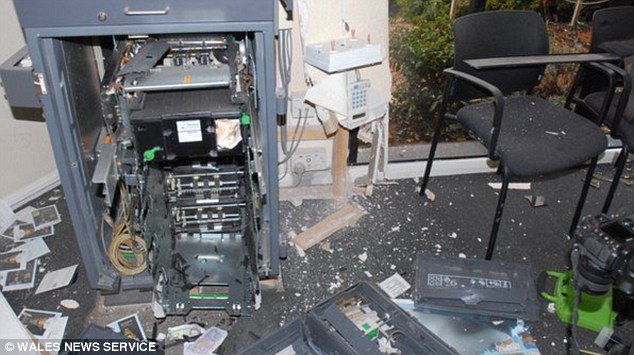 A group of five armed robbers were said to have blown up an automated teller machine, making away with all the cash they got from it.

The incident, which happened in Mpumalamga area of South Africa, was reported by Iharare on Thursday.

The Online platform reported that the dare-devil robbers broke down the fence of the Net1 financial service pay point at Thulamahashe Plaza in Mpumalamga, before they gained unhindered entry into the premises.

Two of the guards who worked at the plaza reportedly told Police that the robbers held them up at gunpoint, tied them up, before carrying out the robbery.

“We were held at gunpoint while the other suspects forced their way into the pay point and blew up the door.

“Once inside, they also blew up the ATM and made away with all the cash therein,” the guards said.

They alleged that the robbers fled on foot.