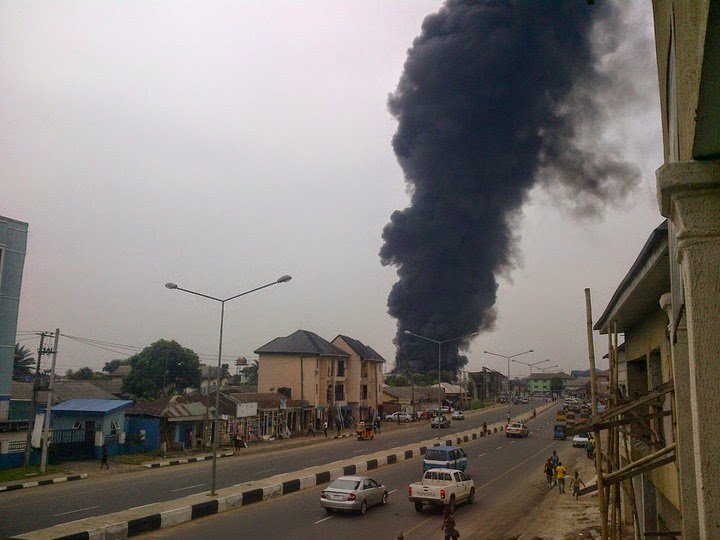 Five staff of the mall were injured in an explosion and in critical condition at the nearby Rivers State University Teaching Hospital (RSUTH), formerly Braithwaite Memorial Specialist Hospital (BMSH) in the old Government Reservation Area (GRA), Port Harcourt.

The explosion occurred on the first floor of the two-storey edifice, which shares fence with Brick House (Government House), with valuable property worth billions of naira destroyed, before the fire fighters could arrive, while efforts were actually made by in-house fire fighters and other staff of the mall to put out the fire, which followed the loud explosion.

When our reporter got to the massive mall at 6:30 p.m., the front and back gates were locked, without anybody allowed in by the security personnel, as instructed by the management.

Peeping through the front and back gates of the mall, two of the security personnel, who spoke in confidence, disclosed that the explosion occurred around 3:30 p.m. yesterday, without any casualty, as at the time our reporter left the mall at 6:45 p.m.

Rivers Police Public Relations Officer (PPRO), Nnamdi Omoni, a Deputy Superintendent of Police (DSP), through the telephone yesterday evening, confirmed the explosion and the number of injured persons, whom he said were receiving treatment in the Rivers government-owned hospital.

The mall, which belongs to the Rivers state government, in partnership with investors, was put in place during the Rotimi Amaechi’s administration, with thousands of persons directly and indirectly employed in the expansive facility.