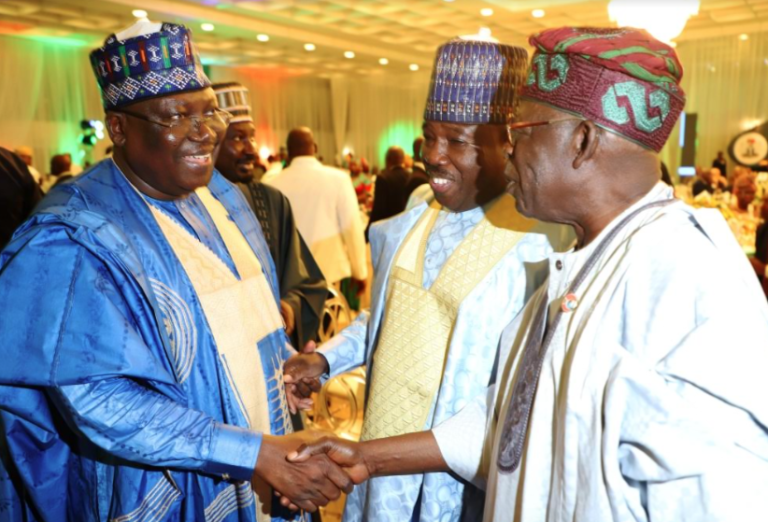 All Progressives Congress National Stalwart, Sen. Bola Tinubu, on Wednesday urged the new 9th National Assembly to extend hands of fellowship and friendship to the Executive to achieve progress in the country.

Tinubu made the call in a congratulatory message entitled: “Nurturing and Deepening National Assembly Institution, Democracy,” released by his media adviser,  Mr Tunde Rahman, in Lagos.

He also urged the assembly to do all within their powers to nurture and deepen the institutions of the Legislature and the country’s promising democracy.

According to him, their task is to complement and support President Muhammadu Buhari to deliver on his administration’s progressive agenda to take the country to the Next Level with detailed, timely and progressive legislative initiatives.

“It is imperative that the new leadership quickly departs from the adversarial posture of those that came before and extends hands of fellowship and friendship to the Executive.

“A convivial and cooperative relationship between the legislative and executive arms of government is our best chance at achieving the progress that we, as Nigerians, deserve and it’s incumbent on our new leaders to make this a reality in this next dispensation.

“To have been selected by such overwhelming majorities by their peers is a wonderful honour and a clear demonstration of the implicit confidence reposed in them as leaders and legislators.

“The offices these leaders have been entrusted with are sacred and must not be toyed with.

“Their emergence as leaders of the 9th National Assembly comes at a crucial time in our nation’s history. As we celebrate 20 years of uninterrupted democracy and our new National Democracy Day of June 12.

“We look backwards to recognise the sacrifices and valour of our heroes past. We also look forward with hope for the future of our nation and our democracy, “he said.

Tinubu said that the election of the assembly leaders was free, fair and transparent, saying that it is a further demonstration that the nation’s democracy is functioning well.

He said that their election also reaffirms party supremacy as the leaders were also the choice of the governing APC and the party’s caucus in the National Assembly.

The APC leader also congratulated those who contested the various positions but did not win at present for putting up a gallant fight.

“However, the time has now come to put aside all differences and rally round the new officers to work together.