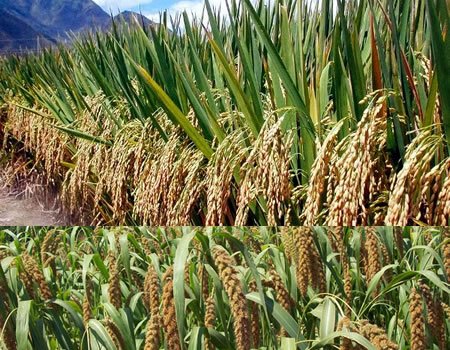 Organised rice processing investors have warned that the N174.48 billion invested by Central Bank of Nigeria (CBN) into the rice production value chain since 2015 is about to go waste unless the Federal Government orders Nigerian Customs Service (NCS) to be alive to curbing unbridled smuggling or even shut its border with Niger and Benin republics.

According to CBN, aside from the N174.48 billion disbursements through 19 financial institutions, the programme has supported 902,518 farmers working with 194 anchor companies while creating 2.8 million and 8.4 million direct and indirect jobs respectively.

National Chairman, Rice Processors Association of Nigeria (RIPAN) Alhaji Mohammed Abubakar Maifata said in an interview with Nigerian Tribune that over one million metric tons of rice, which is equivalent to 20,000,000 of 50kg bags have been smuggled into Nigeria within the first three months of 2019.

As a consequence, the country was losing huge revenues, potential foreign exchange losses and accretion including jobs to this menace in addition to scores of processing companies that were shutting down because of their inability to dispose of their products.

Maifata who noted that (RIPAN) is an association of investors in integrated rice processing formed as a direct response to Federal Government’s call for private sector investments in the rice processing Industry said members currently employed about 10,000 direct jobs and millions of indirect jobs to the various stakeholders in the rice value chain.

According to him, RIPAN’s integrated processing capacity surged from 800,000 metric tons in 2014 to 1.6 million metrics in 2018 in addition to about 3.9 million metric tons of finished rice milled by thousands of cottage millers scattered across the country.

“More painfully, millions of small-holder farmers are stuck with their paddy because the millers can no longer afford to buy from them.

“RIPAN wants to use this opportunity to tell everyone that if this menace is not tackled with appropriate dispatch, the magnitude of loss to Nigerian rice stakeholders starting with the Federal Government, integrated rice millers, funding banks, CBN, rice farmers, mill workers, rice consumers, etc. would be too devastating to cope with in an economy that is fledgeling.

“There is a need for urgent action to avert eventual national food emergency by combating smuggling so that we can continue to grow our local Rice industry and the economy.

“Investigations have shown all our international borders have been converted to smugglers route and our markets are filled with smuggled foreign rice.”

While blaming agencies like NCS, Nigerian Standards Organisation (SON) and National Agency for Foods and Drugs Administration and Control (NAFDAC) for being slack in their statutory functions, Maifata disclosed that his association had met with Comptroller- General, NCS on more than 10 occasions this year, providing intelligence reports and advise on how to tackle the menace of smuggling with no result.

He accused some officers working in these agencies of collaborating with smugglers and called on the authorities to fish them out and prosecute them for economic sabotage.

“Government must deal firmly with smuggling and severely punish infractions in a way that makes smuggling too costly to risk.

“Particularly, Government must begin the fish out and punish multinational companies who play on both sides of the border, as they drive the smuggling syndicates.

He also recommended immediate raid of the various rice smugglers’ markets across the country while appealing to the Federal Government to begin to sanction officers and employees of Customs, NAFDAC, SON who are saddled with the responsibility of enforcement, and who compromise their offices or fail in their various responsibilities.

Maifata also stated that “Government must as a matter of urgent national importance, take strong diplomatic action with our neighbouring countries who allow parboiled rice into their country for the final destination to Nigeria.

“Government may consider closing the Borders for some time if diplomatic overtures fail.”