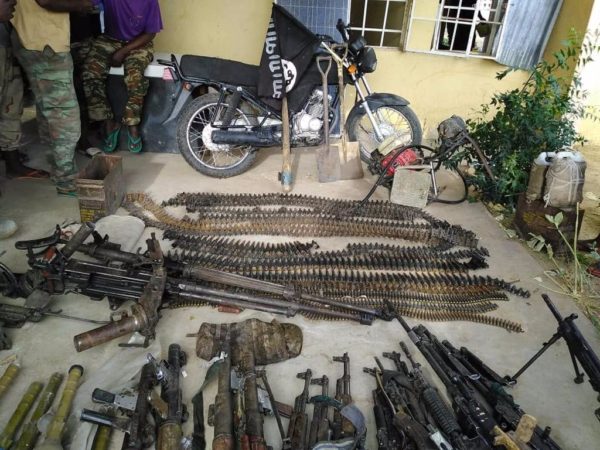 In a fierce encounter at the weekend with Boko Haram terrorists, troops of Sector 1 Operation LAFIYA DOLE, along with the Cameroon Defence Force, killed no fewer than 27 of the terrorists.

Chadian forces also killed 63 of the terrorists in a fight near Lake Chad also at the weekend, making a total of 90 terrorists terminated in two encounters.

Although there was no casualty recorded on the side of the Nigerian-Cameroon forces, in the shootout on 13 April in the Northern part of Wulgo, Tumbuma, Chikun Gudu and Bukar Maryam villages of Borno State, Chad lost seven men.

Many weapons and trucks were recovered from the rebels, according to Colonel Sagir Musa, acting director of army public relations.

“Coordinated military operation is ongoing especially in the fringes of Gombaru – Ngala and surrounding areas to deal with the fleeing bandits running out from Multi National Joint Task Force (Op YANCIN TAFKI ) onslaught on their hideouts”, Sagir Musa said.

As the Nigerian-Cameroonian forces recorded successes against the terrorists, the terrorists inflicted some harm of their own in Chad.

Although 63 of them were killed by Chadian troops, they killed seven Chadian soldiers in an attack at Azem Bermendoa Agouna, a Chadian military spokesman said on Monday.

The terrorists injured 15 others when they attacked an army position in Kaiga Kindjiria, in western Chad, on Sunday, according to Agouna.

2019-04-15
Previous Post: ‘CBN’s N174bn Investment In Rice Threatened By Smuggling, 2.8 Million Jobs May Waste’
Next Post: Lai: This Government Has Sent Corruption Under The Carpet