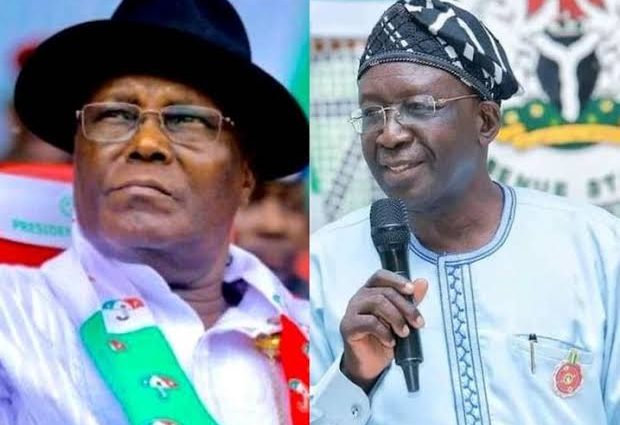 The Concerned PDP League (CPDPL), a pressure group in the People’s Democratic Party (PDP) committed to the promotion of internal democracy, fairness, justice and equity, convened National Executive meeting on Monday 31st October 2022, on the deteriorating popularity of the party, the unacceptable evolving developments with regards to Ayu’s continuos stay in office and the impending unconscionable consequences for Atiku’s presidential bid.

The meeting was held virtually and was well attended by members of the executive committee. And after a long, thorough, and robust discussion, the following resolutions were adopted.

A. The executive committee unanimously and vehemently condemned the threatening statement against Governors Samuel Orton, Seyi Makinde, the Wike group, and other aggrieved members of the party by the National Chairman, Sen. Iyorchia Ayu, in Gboko, Benue State.

B. The committee demand that Iyorchia Ayu, the National Chairman of the PDP, should issue public apology to the above Governors and other aggrieved members of the party withoit any equivocation, prevarication and delay.

C. That it is foolhardy of Iyorchia Ayu to assert that he has the right to stop anybody from contesting an election.

F. That the continued stay in office of Ayu constitutes a threat to PDP popularity and victory in the 2023 general elections.

G. The committee lamented on the failure of the PDP NEC to advise the national chairman to resign considering the legion or baggage of allegations against him from corruption to incompetence to shortchanging the south, which is casting doubt in the minds of Nigerians that, PDP leaders will do better.

H. The committe also demanded the National Chairman to convene NEC to address issues as they affect the Aggrieved Members of the party.

I. The committe frowns upon the PDP leaders to stop pleading with Governor Wike group and other aggrieved members without first asking Iyorchia Ayu to resign, as a show of sincerity and commitment to settle this imploding matter.

J. The raging crisis in the party is indicative that constitutional amendment is overdue. And the sections that need to be amended will be made known when the research and documentation committee finishes their assignment.

K. The committee unanimously agreed to work with other aggrieved members and leaders like Governor Wike-led group to continue to fight the injustice and imbalance in the party.

L. The committee commends Governor Wike for his great contribution to the party when others were nowhere to be found, and we will stand with him for the entire course of the struggle for justice, equity and fairness.

M. The committee appealed to PDP Governors to use their their good offices to deliver devidends of democracy to their people.

N. The committee admonishes the rank and file members of the PDP faithful to remain resolute in fighting against injustice in the party and rally for the success of the party for the Governorship, Senatorial,House of Representative and Assembly elections. But as for the Presidential election, we are waiting for the Governor Wike-led group for direction.