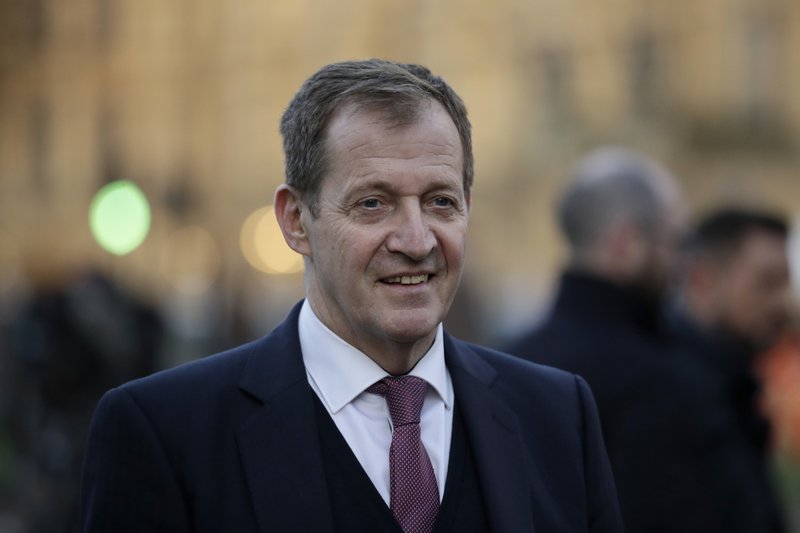 Tony Blair’s former spin doctor says he has been expelled from the Labour Party after voting for the Liberal Democrats in the European elections.

Alastair Campbell, a lead campaigner for another Brexit referendum, said he was “sad and disappointed”.

He said he voted Lib Dem “to try to persuade Labour to do the right thing”, but “always will be Labour” and appeal.

“It’s just part of the rule book. Everyone knows that,” she said.

Mr Campbell revealed he had voted Lib Dem during the BBC’s election night broadcast on Sunday.

Following his expulsion, in a series of tweets, he said there was “plenty of precedent of members voting for other parties/causes” and that some were now senior staff.

He claimed the decision also “contrasts with our era” when Mr Blair was “pressed” to withdraw the Labour whip from Jeremy Corbyn for voting against the party – but the then PM said no.

He also added that it was “hard not to point out difference in the way anti-Semitism cases have been handled” on the day the Equality and Human Rights Commission launched an investigation into allegation in the party.

Who is Alastair Campbell?

Mr Campbell was a political journalist before coming to prominence in Whitehall as a key member of the Labour PM’s staff in 1994.

He served as Mr Blair’s chief press secretary until 2000 and was a controversial figure, heavily involved in policy, including over the Iraq War.

Since leaving government, he has opened up about his struggles with depression and alcoholism, and works with a number of charities.

He also campaigns for the People’s Vote and is the editor of The New European magazine.

Labour MPs have taken to Twitter to criticise the move.

Jess Phillips, who represents Birmingham Yardley, tweeted that Mr Campbell was “expelled quicker than a man who threatened to kill me [and] quicker than a man in my [local party] who denied the Holocaust”, adding: “Both are only still suspended.”

Barking MP and campaigner against anti-Semitism Margaret Hodge said the party’s “priorities are all wrong”,

And former Lord Chancellor in Mr Blair’s government, Lord Charles Falconer, said Mr Campbell was “Labour through and through”, adding: “Voting [Lib Dem] once in a lifetime on one issue should not lead to expulsion.”

But Labour activist and commentator Owen Jones questioned why there was “controversy” over his expulsion, adding: “The rule is, if you say you’re voting for another party, you auto exclude yourself.

“Those arguing this rule shouldn’t apply to Alastair Campbell do so because they agree with him and for no other reason.”

Last week, veteran Conservative and pro-European Lord Heseltine admitted he planned to vote Lib Dem in the election. The party responded by effectively expelling him.