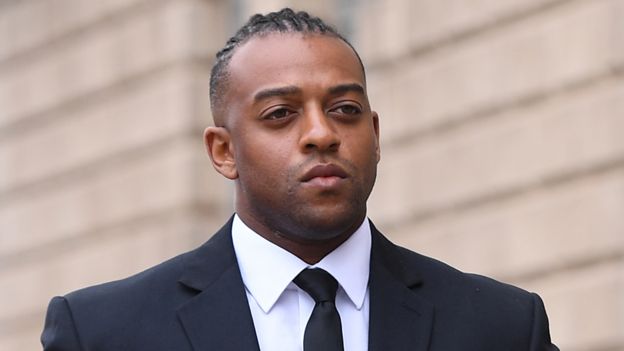 Former JLS star Oritse Williams has been found not guilty of raping a woman in his hotel room.

The singer, 32, denied the attack after a concert in Wolverhampton in December 2016.

The ex-boyband member’s tour manager Jamien Nagadhana, 32, was also found not guilty of sexual assault and assault by penetration.

Prosecutors alleged Mr Williams, of Croydon, south London, “jumped on the woman” as she looked for her phone.

During a nine-day trial at Wolverhampton Crown Court, Mr Williams said he met the woman, who cannot be named for legal reasons, and two friends at a meet-and-greet event at a nightclub.

Mr Williams told jurors he got along “very, very well” with the woman and she had initiated a “highly sexually charged” display in a VIP area at the venue.

He said they then engaged in consensual sex in his hotel room, but this ended in embarrassment when he was “unable to perform” sexually.

He told the court he had touched the woman in an intimate area for five to six seconds, reasonably believing she was consenting, but she did not respond and he went back to his bed.

The woman told the court she lay “like a dead body” during sex, which she said she “didn’t want to happen”.

But Mr Williams said she had asked to spend the night with him and also thanked him when they parted company.

Mark Cotter QC, defending Mr Williams, suggested the accusations against the singer were influenced by the “extreme reaction” of the complainant’s friend after being told of the consensual encounter.

He said there was “no realistic answer as to why he [Mr Williams] would do it”.

Jurors deliberated for about two hours before Mr Williams and Mr Nagadhana were unanimously acquitted.