Sylva Denies Rift With Akpabio Over NDDC Board 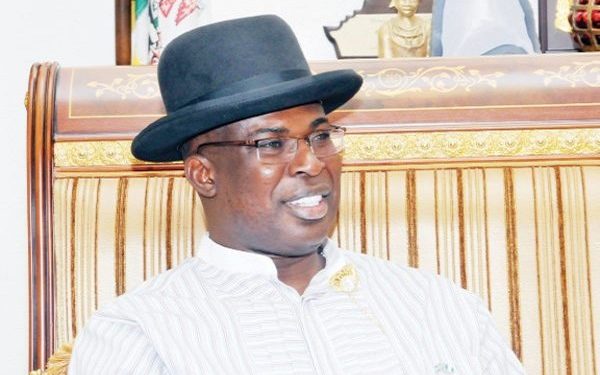 Sylva’s denial is contained in a statement issued on Monday by his Special Adviser on Media and Public Affairs, Mr Julius Bokoru.

He said the reported row was false and nothing more than a string of poorly thought-out and poorly crafted lies that should be disregarded and discarded.

Sylva said he maintained excellent relations with Senator Akpabio through the years, stressing that they consider themselves brothers and comrades in the quest of building a more prosperous Niger Delta and a stronger Nigeria.

He said he was currently hosting the Nigeria International Petroleum Summit (NIPS), noting that while he has the development of the Niger Delta at heart, he is not fixated on who becomes who in the formation of the NDDC board.

Sylva said he hoped and prayed that for the sake of the development of the region, competent, committed, compassionate and patriotic people get appointed.   The Minister said the architects of that story conveniently forgot to mention that the appointment of the NDDC executive members is strictly the prerogative of the President of the Federal Republic of Nigeria.

The statement said: “The fake, divisive report was intended to create anxiety in the Niger Delta region to the desperate ends of its sponsors which is to create needless tension and chaos.”