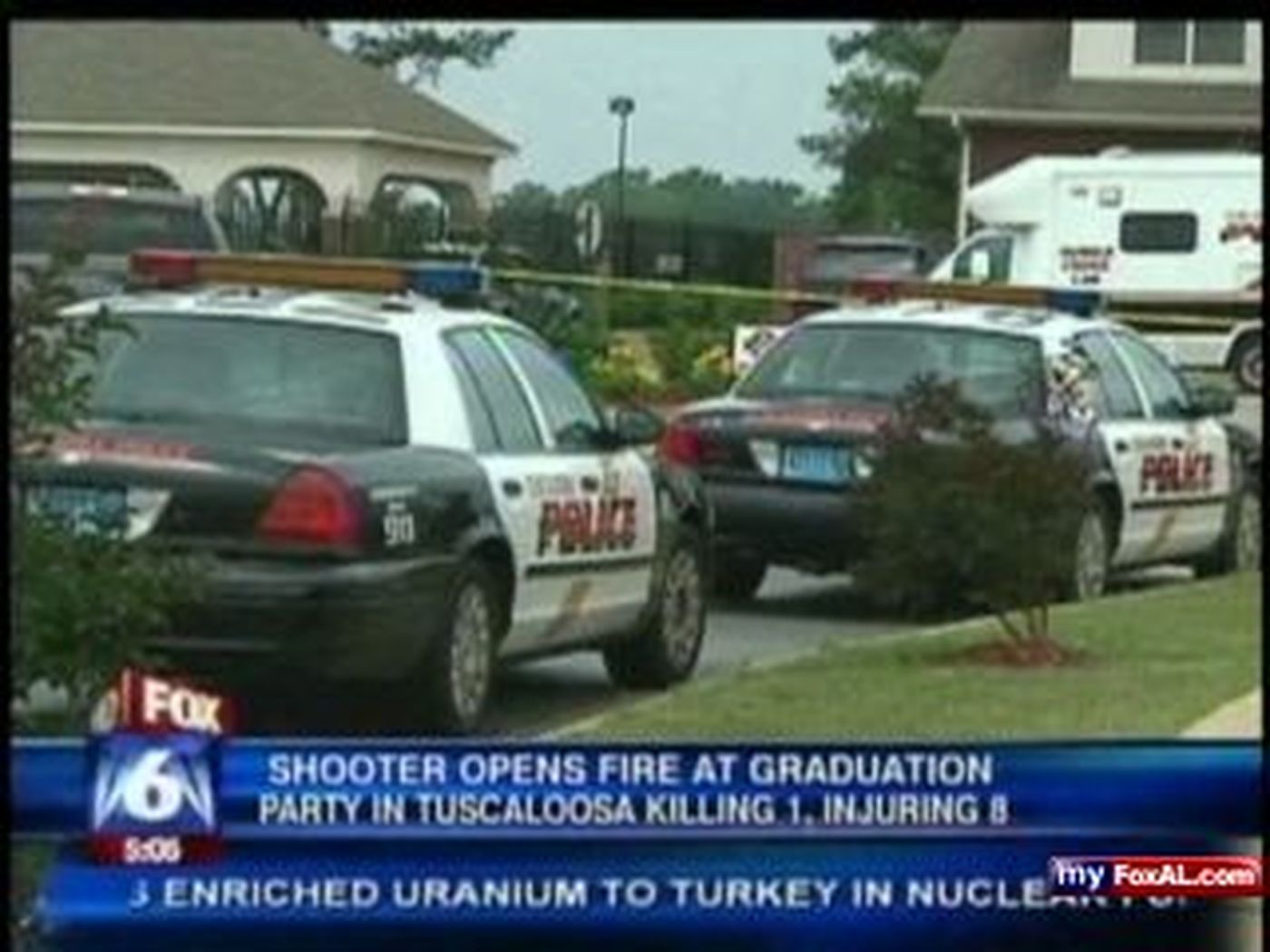 Atmore police continue to investigate and search for the shooters involved in Friday’s tragic graduation party at the city’s community center.

A police sergeant, reading a statement from the department, said authorities received a 911 call around 2 a.m. regarding shots fired in the 100 block of Martin Luther King Jr. Drive, which is former Escambia County Middle School. The school now serves as a community center.

When police arrived, they heard gunshots and attempted to restore order. They found a deceased male gunshot victim inside the building’s cafeteria. The man has not been identified by police.

Witnesses said the gunfire erupted after a fight between two women during a graduation party that was held inside the cafeteria. While others were trying to separate the females, numerous gunshots were fired inside the building, hitting several individuals.

Atmore police said the shooting continued outside in the parking lot. Eight people were injured from gunshot wounds and taken to Atmore community Hospital. There is no update to their condition.

Atmore Police Chief Charles Brooks has said that that public is not in danger as police continue to search for those involved.

Brooks, in an interview by WKRG-Channel 5 News, said between 300 to 500 people from “several counties” were in the cafeteria. The party, the TV station reports, had been posted on social media. Police also told the TV station that a “large amount of alcohol” was brought to the community center.