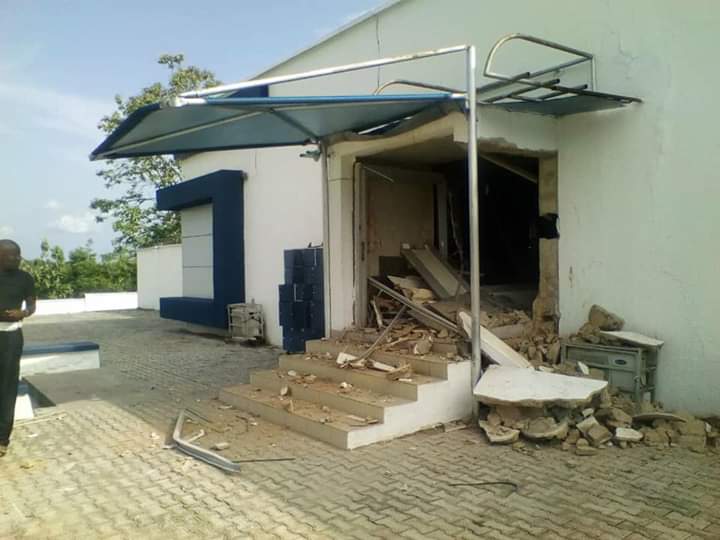 Armed bandits on Mondays killed seven persons in Ido-Ani, Ose local government area of Ondo state during a siege on the only commercial bank at Isewa quarters in the ancient community.

The robbery operation was said to have started around 2.00 pm and lasted for about one hour without any resistance.

At the end of the attack, five bank officials, a Vice Principal who was a customer and a police man reportedly fell to the bullets of the hoodlums who carted away undisclosed huge amount of money.

The robbers, it was learnt, drove a Sports Utility Vehicle to the bank and went straight to the banking hall after using dynamites to blew off the security doors.

Sources said attempts were made to alert soldiers at Isua Akoko Military check point and police men from the vicinity but the robbers carried out their operation successfully before their arrival.

Also, it was learnt that a victim allegedly shot on the stomach was rushed to the Federal Medical Centre (FMC) Owo.

Others said to be on danger list were on admission at Ido-Ani General Hospital.

Sources hinted that one of bandits was however unlucky as he was caught by a vigilant soldier and thrown into police custody.

The Police Public Relations Officer (PPRO) Femi Joseph, a Superintendent of Police (SP), who confirmed the incident, said he could not give details of the incident as at press time.

Balogun of Ido-Ani, Chief Olatunji Oshati(Maxima) described the incident as too shocking.

He symphatised with the families of the deceased, urging appropriate authorities to beef up security in Ido-Ani and his environs.