The 33-year-old Polish striker has been in sensational goalscoring form and capped off 2021 by scoring a whopping 69 times in total for club and country.

Lewandowski’s incredible predatory finishing saw him score an incredible 41 times in 29 Bundesliga appearances in the 2020-21 season, which shattered the record formerly held by Gerd Muller.

And the Poland captain has been crowned the Best FIFA Men’s Player at the FIFA ceremony held in Zurich, Switzerland, on Monday.

Lewandowski won the aforementioned award in 2020 after receiving 52 points, putting him well clear of Cristiano Ronaldo’s 38 points and Messi’s 35 points.

Lewandowski was widely tipped to win the 2020 edition of the Ballon d’Or before France Football cancelled the award due to the impact of the coronavirus pandemic.

Messi, 34, paid tribute to Lewandowski in his classy acceptance speech at the Theatre du Chatelet in Paris, with the Barcelona legend insisting that his fellow nominee ‘deserved’ the Ballon d’Or.

Lewandowski claimed that he was “really touched” by the Paris Saint-Germain superstar’s heartwarming words at the Ballon d’Or ceremony.

“Messi’s words towards me [about the Ballon d’Or] really touched me,” he told Bild.

“They weren’t empty words, it was a nice moment in my career.

“I only spoke a few words with Leo [face to face], because my Spanish is not that good. I spoke with Kylian [Mbappe] in English, he then translated for Leo. It was a great night.”

Lewandowski has maintained his scintillating goalscoring form for the current campaign and scored 34 times in 27 appearances across all competitions.

Lionel Messi has been handed a boost in the race for the Best FIFA Men’s Player of the Year award and is now favourite to win – despite his mediocre start at Paris Saint-Germain.

Messi has been nominated for the award, which will be announced on January 17, along with Liverpool forward Mohamed Salah and Bayern Munich’s Robert Lewandowski.

The former Barcelona forward, who claimed his seventh Ballon d’Or in November, has been shortlisted despite failing to produce his best form since moving to PSG in August.

Messi has scored just one goal in Ligue 1 this season, while managing a better return of five goals in as many games in the Champions League.

In comparison, Bayern striker Lewandowski has already scored 31 goals in 26 games this season, with Salah scoring 23 times in 26 appearances for Liverpool.

However, Messi has been handed a major boost in the race for FIFA’s The Best award as his below-par form at the Parc des Princes will not be taken into consideration, according to The Daily Mail.

“The panel will select the winner for their respective achievements during the period from 8 October 2020 to 7 August 2021,” FIFA have stated.

During that time period, Messi scored 43 goals in 47 games for Barcelona – helping the club win the Copa del Rey in his final season at the Nou Camp before leaving for Paris.

He also won his first international trophy with Argentina, leading his nation to the Copa America title in July.

In comparison, Lewandowski scored 51 goals during that time, winning the Bundesliga and FIFA Club World Cup with Bayern Munich.

Salah, meanwhile, managed to score 26 goals in that time but his superb start this season will not come into consideration for this year’s award. 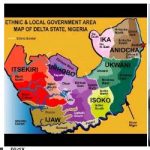 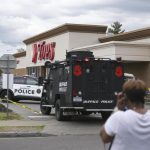