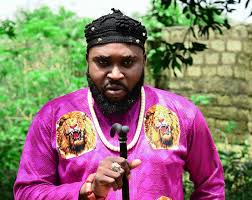 The screen god who prominently acts in movies that promote cultural values from the eastern part of the country has thrown many of his fans into mourning.

The Nollywood actor, Prince Dammy, still posted on his Instagram page recently, but from the looks of it, he passed away soon after that last post.

Prince Dammy Eke is also known for his philanthropic acts which he particularly does for children.

Often, he organises free medical check-ups for these young ones. The news of his death has circulated and caused panic amongst his loyal fans.

According to Legit.ng, it called the brother of the actor for confirmation but he was unreachable. However, sufficient proof of his death can be found on the comment sections of his Instagram page. Many loyal fans sadly acknowledged the fact that he is dead.