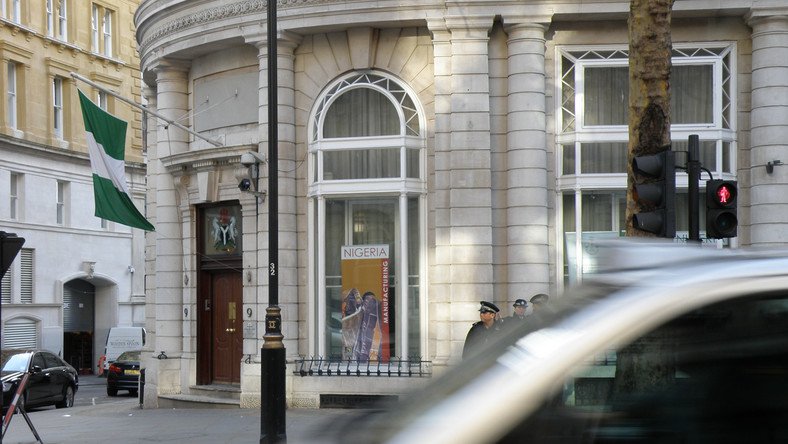 Locally recruited staffers of the Nigerian High Commission London would from April 20th have their employment status changed from “employee” to “self-employed “ the News Agency of Nigeria( NAN) reports on Wednesday.

This development is contained in a memo addressed to the staff by Mrs. Helen Nzeako, the Commission’s Head of Chancery.

Nzeako stated that the decision was “sequel to the communication received from the Foreign and Commonwealth Office on tax payment to Her Majesty’s Revenue and Customs Commission( HMRC), Embassy Unit’’.

Under the “self-employed’’ status, Nzeako said that staffers would be responsible for their National Insurance Contribution (NIC) and Income Taxes.

She also said that they would enjoy salary increment as a gesture of goodwill.

In December 2018, locally recruited staff of the Commission were disengaged from service and their entitlement paid.

They were further advised to reapply for their various positions as contract staff in a move necessitated by the then ongoing restructuring of the High Commission following budgetary constraints.

Currently, over 50 locally recruited staff work for the Commission.

2019-04-10
Previous Post: 2019 Election: Atiku Takes Swipe At Buhari – 'Dont Fabricate Lies, Defend Your Electoral Robbery'
Next Post: Nigeria Can Only Take Its Rightful Place In Comity Of Nations If ― US Consulate