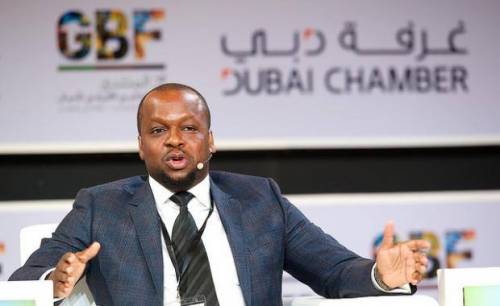 Igho Sanomi, a Nigerian oil trader, is set to lose his three apartments in London to a Swiss bank over $3million debt.

Credit Suisse, the Swiss bank, has already seized Sanomi’s private jet, and has gone ahead to put it up for sale.

According to Bloomberg, Sanomi was guarantor for a credit facility extended to one of his companies by Credit Suisse Group AG.

Aside the Swiss Bank, Banque Cantonale de Geneva has already made a freezing order against the London properties, just as ING Groep NV has also filed a suit against Sanomi for Taleveras’s unpaid debts.

In a written submission to a London court last week, Andrew Brown, counsel to Credit Suisse, said “three properties owned by Sanomi, including apartments in Chelsea, West London, and Belgravia, in the heart of London’s diplomatic quarter, have already been identified as assets that may have to be forfeited if he loses”.

Sanomi wasn’t represented in court, and his lawyers at Clyde & Co didn’t respond to request for comments, but affirmed knowledge of the case.

According to the bank’s lawyer, Sanomi “has not put in any defence or objection to the charging orders”.

In June 2017, Sanomi had granted an interview to Bloomberg, disclosing that Taleveras Group, the African oil trading company, was making moves to set up a joint venture to build a biorefinery in the US with Global Green Development Group.

“The world is changing. People are getting more aware on the climate, so cleaner fuels are the future. This should form a very significant part of how we look at things going forward,” Sanomi had said.

Born in Agbor, Delta State, in 1975, Igho Charles Sanomi II is the son of a retired Assistant Inspector General of the Nigerian Police Force. He is a graduate of Geology and Mining from the University of Jos.

He co-founded and held the position of Executive Director with Sarian Oil, an Oil Trading Company with its core activities in West Africa.

Sanomi is the Chairman of Taleveras, founded in 2004. He is also Chairman of the Dickens Sanomi Foundation’s Board of Trustees — a non-profit charitable organization that he founded in memory of his late father.

He also sits as Chairman and Co-Chairman of the board of directors of various organisations involved in activities such as telecommunicatioms, shipping, aviation and real estate investments worldwide.