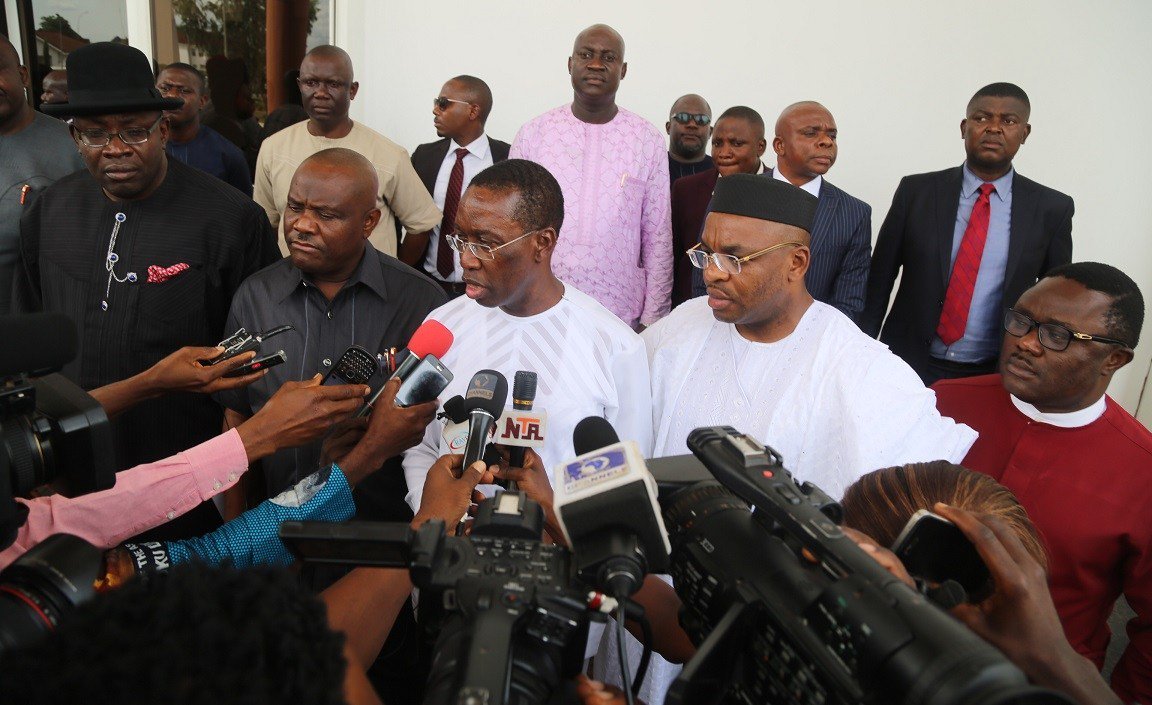 Governors in the Niger Delta region have come under fire over the decay of infrastructure and underdevelopment in their States.

Chairman of Nigerian Young Professionals Forum, NYP, Moses Siloko Siasia blamed the Governors for not fully tapping into what he called the economic potentials of the region.

He noted that the Governors were creating an army of youths who may soon rise up against the zone.

Speaking with newsmen on the sidelines of the just concluded Niger Delta CEO’s Conference in Port Harcourt, Siasia stressed that the Niger Delta was economically viable, calling on leaders in the region to harness the energy and ideas of young people.

He enumerated some of the key areas of economic viability in the region to include human resource, agriculture, oil and gas, blue sea economy, and ecotourism among others.

His words: “There is no society globally that has advanced without its human beings. The greatest resource or asset of every society is in its people.

“I have met a lot of experts and professionals from the Niger Delta region who are doing extremely well in different fields of endeavour.

“We must ensure that we identify and engage them. Countries that have advanced such as China, Singapore, Malaysia and others, looked at their bests brains and how they can actually make them contribute their expertise to engineer economic growth.

“As key stakeholders, we must urgently harness the mass energy and idealism of our young people into productive ventures.

“Agriculture also has great potentials in the Niger Delta region. We have great soil for cassava cultivation, and rice production. We can have three seasons of rice production in a year without any form of irrigation.

“But in the Northern Nigeria today that have taken the glory for rice production, it is difficult to do three seasons of farming without irrigation. So we must tap into this.

“On plantain which is one of our crops, we must ensure we do a lot of plantain plantation and also encourage local governments to go into the production of plantain. We also have ogbono, pepper, vegetables and many others. These are crops that can grow in our region and we can use them for the collective good of our people.”

Siasia expressed regret that the region has not done well in the area of oil and gas exploration and production, saying the failure of the Niger Deltans to build the capacity of their people has made other geopolitical zones to take over service and ownership of oil assets.

He disclosed that only Bayelsa State houses 75 percent of gas deposit in the entire country but expressed dissatisfaction that it has not translated into economic benefit to the people of the State.

“Qatar, Saudi Arabia, Iran and many other big countries do not have the level of gas reserve Bayelsa has today. So we must be able to tap into the oil and gas industry and create jobs for our people who have been impoverished.

“There are a lot of our people who have been trained either as welders, civil engineers, underwater divers but have not been engaged. We must prepare our people to take over the oil and gas sector,” Siasia added.

While expressing dissatisfaction that doing business in the Niger Delta was quite challenging, Siasia called on governors in the region to support young business owners.

He further appealed to state governors in the region to provide incentives for young business owners, suchs tax holidays, creating an enabling environment and grants.

We must deliberately provide knowledge, expertise for young people who are doing business within the framework of our comparative advantage. Also, low digit interest funds for young business owners, is one of those deliberate policies that are not there” Siasia revealed.

He called on all stakeholders in the Niger Delta to do more in the area of building capacity of their youths through skills to position the region for more gains in key sectors of the economy.

He, however, expressed gratitude to the organiser of the event and the CEO FASTTRACK Consulting, Ernest Sorgwe for putting the event together, saying such opportunity has resonated a lot of hope for the Region.

2019-07-02
Previous Post: Dad Dies In 'Absolute Agony' After Eating Gecko Lizard For A Bet
Next Post: I Once Worked Among Lagos Area Boys —Dolapo Osinbajo