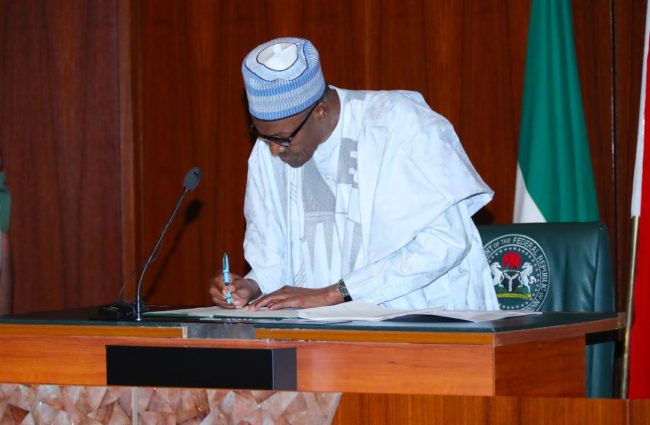 Mr Peter Ozo-Eson, General Secretary, NLC and Mr Bobboi Kaigama, the President of TUC in separate interviews on Friday in Abuja, described the action as laudable.

According to him, we hope that all employers of labour will commence the process of implementing the new minimum wage of N30, 000 as passed by Buhari.

He commended the National Assembly for not playing politics with the Nigerian workers by given the minimum wage bill a speedy passage.

Ozo-Eson said that the NLC would work with all agencies and other bodies responsible for the implementation of the new minimum wage.

On his part, Kaigama, commended the president for assenting to the minimum wage bill, while describing it as laudable and timely.

According to him, the President’s response has always been labours position, adding that “we in TUC want to appreciate the President for not jettisoning the path of honour”.

Buhari on Thursday signed the minimum wage into law which mandates employers of labour to pay workers a minimum of N30, 000 monthly wage.

The bill was passed by the National Assembly in March.