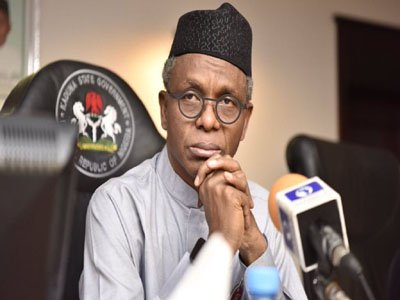 The Adara people in Kajuru local government area of Kaduna State have alleged that the state government did not do enough to handle the killings that claimed lives and unimaginable amount of property in the area.

They alleged that from the beginning to the end of the killings, the state government did not carry the Adara people along towards ensuring an amicable resolution to the cause of the crisis.

Speaking to DAILY POST in Kaduna, spokesperson of the Concerned Children of Adara Elders, Alheri Bawa Magaji, asked, “How can two people fight and only one person is accused of all that happened by imprisoning and receiving all manners of treatment without saying anything to the other person? With only members of one party being arrested in a situation where both parties suffered casualties.”

She asked, “How could these elders be arrested and kept in detention for months without bail or taken to a High Court only to be released? The crisis happened between the Adara and the Fulanis that resulted in the loss of lives and destruction of property but the way the situation was handled leave all right thinking people in total disbelieve on the way both parties were treated.

“On 15th February 2018, the state government made the world to know that it was only the Adara people that were killing the Fulanis without any mention of Fulanis doing anything to the Adara natives.

“The way our elders were deceived and later apprehended by the police shows as if our elders were declared guilty before making the arrest. Thank God Almighty who protects the innocent ones and will continue to protect our people who were treated like sheep without a shepherd.

“It will interest the world to know that even when the death of late Chief of Adara, Mr. Maiwada Rapheal Galadima was announced by the state government, the late Chief was referred to as the Chief of Kachia.

“It shocked the Adara people to know that the week late Maiwada Rapheal Galadima was killed was the very time they knew that the Adara Chiefdom had been divided into Kajuru Emirate and Kachia Chiefdom.

“How on earth could Kajuru Emirate that has about 95 per cent Christian population be led by a Muslim Emir? Worst still, the whole arrangement was done without the consent of the Adara people and yet, the state government wants the world to believe that the arrangement was done to ensure peace in the community?

“It is on record that our people who believe in due process and respect to the rule of law kept writing letters to the state governor seeking audience with him on the best way to resolve the crisis but to no avail. The Adara people only had the opportunity to tell governor El-Rufai their displeasure on ways the crisis was handled and the balkanazation of the Adara Chiefdom when governor El-Rufai went to Adara Chiefdom to condole the people on the death of late Chief of Adara, Maiwada Rapheal Galadima.”

The Concerned Children of Adara Elders called on the Adara people to remain steadfast in the midst of their challenges and reminded them that vengeance is of God Almighty, assuring them as believers in the Almighty, their tears will be wiped away in no distant time.

The group explained, “We enjoin our people, the Adaras to take solace in the Almighty God who sees and has power over every situation. He will definitely answer our cry for help having seen all that took place and the treatment our people received in an ideal society where both parties ought to be given fair treatment.”