‘I Made A Huge Mistake’ — Bill Gates Finally Speaks On Divorce 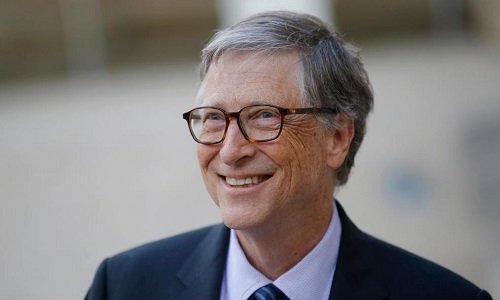 Bill Gates, billionaire businessman and co-founder of Microsoft, says he made a huge mistake associating with Jeffrey Epstein, a disgraced American financier, and convicted sex offender.

Gates relationship with Epstein is reported by the New York Times and WSJ as one of the reasons that may have cost him his marriage.

In May 2021, Bill and Melinda Gates announced they were ending their 27-year-old marriage, but would continue to work together at the Gates Foundation.

On Monday, a Washington State judge finally made it official, after a 90-day waiting period mandated by law. The duo had a private separation contract, which would impact them going forward.

Granting his first personal interview since the divorce, the billionaire said he regrets the divorce and his relationship with Epstein.

“It is a very sad milestone; Melinda is a great person, and that partnership that we had coming to an end is a source of a great personal sadness,” he told CNN.

Speaking about Epstein, Gates said: “I had several dinners with him, hoping that what he said about getting billions of philanthropy for global health through contacts that he had might emerge.

“When it looked like that wasn’t a real thing, that relationship ended. But it was a huge mistake to spend time with him, to give him credibility. There were lots of others in the same situation, but I made a mistake.”

In July, the foundation released a statement claiming that the duo will work together at the Gates Foundation.

Gates butressed the foundation’s position by saying “we are communicating and working at the foundation so that partnership we’re going to try and continue.

“We always enjoyed our work together. The two of us can go out and work with leaders and help build the organization, so that would be definitely the best thing for the foundation.”

Gates said he believes Melinda is an incredible person, and it’s best for them to keep working together.