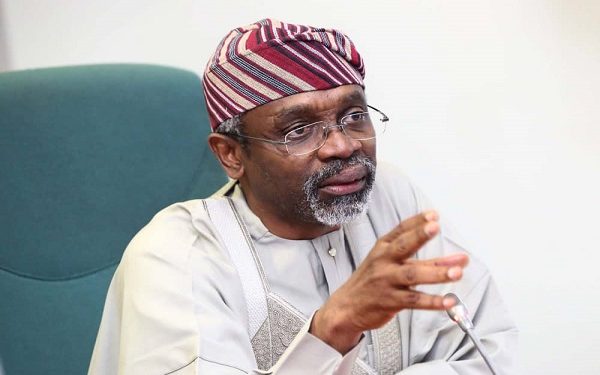 The Speaker of the House of Representatives, Femi Gbajabiamila, has said the growing security crises across Nigeria can be likened to war, saying it appears like the country is living on borrowed time.

Gbajabiamila said the recent Special Summit on National Security organised by the House would address some of the issues, especially relating to the clashes and rivalry between security agencies, adding that recommendations by the parliament would be transmitted to the President, Major General Muhammadu Buhari (retd.).

The Speaker said this in his opening address as the House resumed plenary on Tuesday.

He said, “Over the last couple of weeks, across our country, there has been a marked increase in the incidents and severity of violent outbreaks, kidnapping, banditry, and murder in broad daylight. From Owerri in Imo State to Igangan in Oyo State; from Niger to Kaduna and across the states of the North-East, we are witnessing bloodshed and violence of the sort usually associated with war.

“These are trying times for all (of) our nation’s people. Families are in mourning; communities are under siege and even those who have thus far escaped the direct impact of the escalating violence cannot help but feel as if they are living on borrowed time. We are reminded of the urgent need for coordinated and targeted action by governments at all levels to address this menace and save our nation.

“Two weeks ago, the House of Representatives hosted a Special Summit on National Security to harness the views of citizens and stakeholders, experts from within and outside, to define a new strategy for combating the different manifestations of insecurity in our country. The contributions we received from across the country and the recommendations made therein have already begun to inform legislative action in the House of Representatives.”

Meanwhile, the House, on Tuesday, asked the Inspector-General of Police, Usman Baba, to ensure that those who killed and destroyed property in Igangan Town, Ibarapa North Local Government Area of Oyo State were arrested and prosecuted.

The call followed the unanimous adoption of a motion moved by about 80 members of the House, which was presented by the lawmaker representing Ibarapa-Central/Ibarapa-North Federal Constituency at the House, Muraina Ajibola.

The House observed a minute of silence in honour of those killed.

The parliament also directed the National Emergency Management Agency and other relevant agencies to provide relief materials to assist those whose property or businesses were destroyed as a result of the invasion.

The House directed “the IGP of the Nigeria Police Force to intensify their efforts, with a view to arresting the assailants, prosecuting them and preventing reoccurrence” while urging the people of Igangan and lbarapa axis to “calm down and report any suspicious person to the relevant law enforcement agencies.”

Reps lament killing of 130 in Benue

In a related development, the House also on Tuesday unanimously adopted a motion titled ‘The Killing of 130 People in My Constituency and the Urgent Need for the Federal Government to Send Relief Materials to the Internally Displaced People As Well As Foot the Medical Bills of the Surviving Victims in the Hospitals.’

Also, the House urged the Federal Ministry of Humanitarian Affairs and Disaster Management and Social Development to pay the medical bills of the surviving victims and “grant them COVID-19 loans or grants to pick the pieces of their lives.”