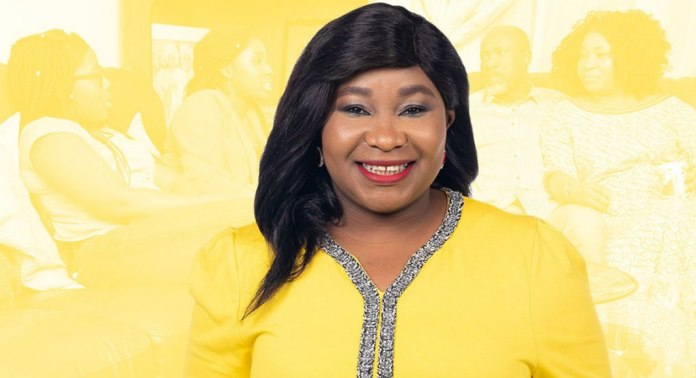 “It is an exciting time for migrants in this community,” she said after she was declared winner of the election.

“I am so happy for young people of ethnic communities. On the doorstep, they were excited that I could do this.”

Married to Nollywood actor, Deji Adenuga, the Moshood Abiola Polytechnic graduate was elected on the 11th count along with Padraig Fitzsimons (FF) and Independent, Alan Lawes.

Yemi started her career as an account and administrative manager with WASCO advertising, Kaduna, Nigeria in 1989 exiting the company as an advertising executive in 1991.

Her broadcast career took off in 1990 when she passed an audition to become a pioneer staff of the Ogun State Broadcasting Corporation’s new FM Radio station, OGBC2 where she worked with ace broadcasters like Olusesan Ekisola, the late Peter Okodua and Felix Femi Fashina.

Yemi worked at OGBC as a newscaster, scriptwriter, presenter and radio producer and in 1991, became known on radio as ‘The Fox that Rocks the Box’. In 1994, she joined DAAR Communications Plc., Nigeria, to become a pioneer member of Nigeria’s first private radio station, Ray Power 100FM and subsequently became manager of programmes.

She made her move into television in 1996 to work for Africa Independent Television (AIT), Nigeria’s first private television station.

The former Miss Yemi Solaru relocated to Ireland in 2000 and worked with IBM international holdings from 2003 to 2010, exiting the company as a cost accountant.

She is famed for appearing as the matriarch on the hit show, Gogglebox, along with her husband and their two daughters.

The two-time best selling author of The power of THANK YOU now runs her own company, Ddymensions Communications, with her Arsenal-loving husband.

She is also on the board of Cultúr – an organisation that works with migrants, asylum seekers and refugees promoting equal rights and opportunities to develop an intercultural County Meath.