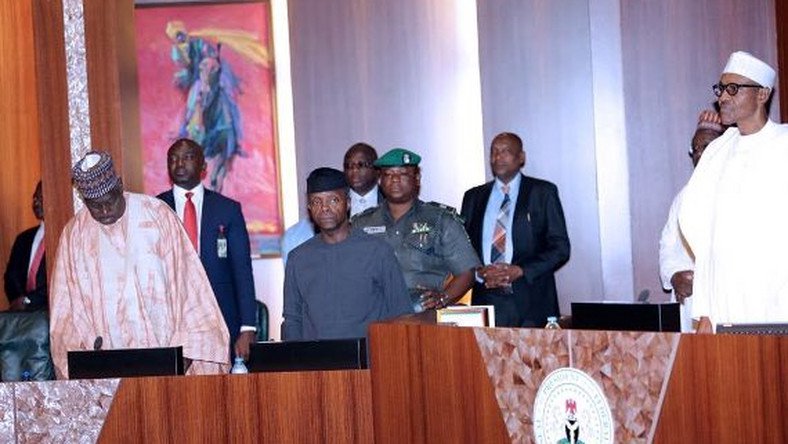 The weekly meeting was presided over by Vice President Yemi Osinbajo,

Briefing newsmen on the decision, Interior minister, Lt. Gen. Abdulrahman Dambazau (rtd) said the contract will cover 86 border posts and all the 1,400 illegal routes being used for smuggling and other crimes.

He said the pilot system has already been installed at two border posts, disclosing that the information will be available real-time 24 hours a day and seven days a week.

Dambazau said, “Council approved N52 billion for eBorder solution. This process started in 2012 but we picked it up to move forward when we came in. The project is to be completed within the next two years.

“There is a pilot project already which has been very successful; it was installed to monitor two borders.

“This project is going to cover 86 border posts in the country. We will be able to also monitor 1,400 illegal routes that are used for smuggling and all kinds of cross border criminal activities.

“The Nigeria Immigration Service will work very closely with other services. When it comes to response, with the air force and the army units deployed near the borders, with the customs in terms of smuggling. The information will be available real-time 24/7,” he said.

The first according to Udoma was for the award of the consultancy service contract  for the provision of training services and integrated supply of starter packs for N-Creative Trainees in the Northern states of Nigeria in favour of Messers Patigon services Ltd in the sum of N652,318,104 inclusive of five percent VAT.

The training he said “will be held in Abuja for 1,500 beneficiaries with integrated starter packs distributed to the trainees at the end of the training.

“The four thematic creative areas and their respective beneficiaries distributions are as follows: script writing – 150, graphic illustration 375, animation – 750 and post-production -225.”

The second memo was also under the National Social Investment Programme for the award of consultants’ service contracts for the provision of training services and integration supply of starter packs for the N-Tech Software trainees in Southern Nigeria, in favour of UCH Ltd at the sum of N325, 489 million. This same training has been provided for the northern states already, so this is for the southern states.  The training is for 2,000 beneficiaries.

Also, Minister of Water Resources, Suleiman Adamu said the memo from his ministry was for augmentation of consultancy services for two water projects.

First according to Adamu “is Igawa Dam Project In Katsina State which is 50, 60 percent completed. Last year, we got a total reversal cost of the project and extension. Aligning everything together, the supervising and consultancy services also have to be extended to correspond with the completion period. To that effect, Council approved augmentation of over N91 million for consultancy service supervision in favour of Messers Cosidon Consultancy Service Ltd. This now raises the consultancy fee from N125.7 million to N217.4 million.

“The second memo is in respect of Mangu Dam project which has attained about 70 percent completion. We also had Revise Estimated Cost Approval last year which also approved an extension period for the work. In the same vain, the consultancy period has to be adjusted to correspond to the completion period. An augmentation of N111.6 million to raise the consultancy service supervision from N104 million to N215 million with an extension period of 24 months in favour of AIM Consultants Ltd.”