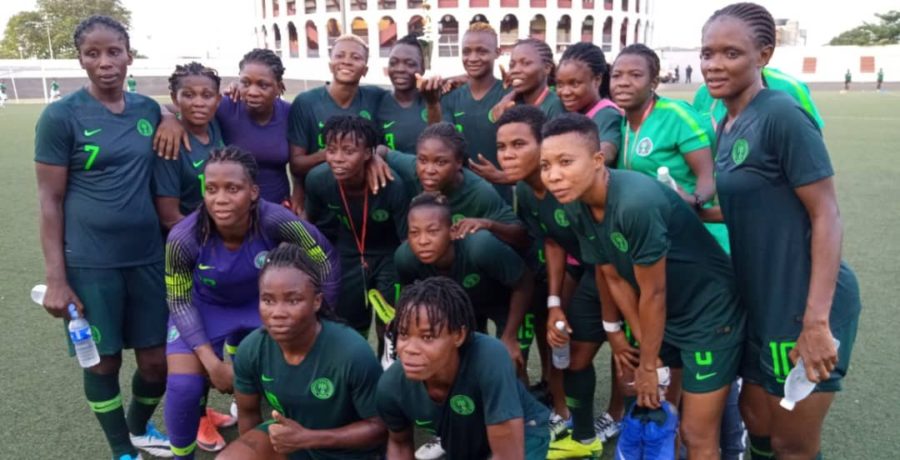 Nigeria’s Super Falcons players have refused to leave the team hotel after their exit from the women’s World Cup on Saturday, demanding that the country’s soccer federation clears all of their outstanding bonus payments, ESPN reported.

The players staged a sit-in protest shortly after Nigeria were beaten 3-0 by double champions Germany who continued their unbeaten run to reach the quarter-finals.

ESPN reported that the players are owed bonuses amounting to around 2 million Nigerian naira ($6,537) accumulated over three years, including for games against Gambia and Senegal, but only half that amount had been released to them.

“They paid us 1 million and said that’s all. We want them to pay the balance,” the report quoted a player as saying.

“Part of that money is from two years ago, the other is from three years ago. And they are also owing us five days’ daily allowance here in France.”

“The only thing outstanding is the participation fee from (soccer governing body) FIFA, which isn’t expected to come until after the tournament,” he said.

“But they insist that they want to get paid, as they have spoken to players from Cameroon and France, who told them they have already been paid.”

The NFF did not immediately reply to a request for comment by Reuters.

In 2016, over a dozen members of the team had demonstrated outside the National Assembly in the capital Abuja to demand unpaid bonuses for winning the women’s Africa Cup of Nations