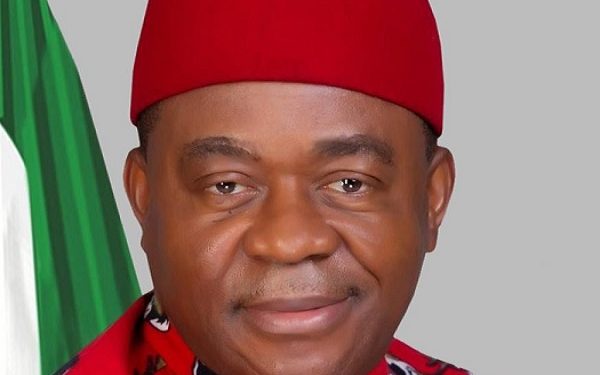 The two leaders are also expected to account for N2billion Ecological Fund and alleged conversion of Sure-P funds.

While the ex-Governor was intercepted at Nnamdi Azikiwe International Airport in Abuja before boarding a flight, his son reported to the EFCC headquarters.

According to a source, the ex-Governor, who has been on the Commission’s watch list, was intercepted at the Nnamdi International Airport, Abuja at about 1000 hours on Thursday and brought to the headquarters of the EFCC at Jabi, Abuja for the continuation of his interrogation.

The source said: “He is being quizzed alongside his son, Chinedu, the current Speaker of the Abia State House of Assembly, who turned himself in this afternoon upon learning of the arrest of his father.”

The Head of Media and Publicity of EFCC, Wilson Uwujaren, confirmed the arrest of the former Governor.