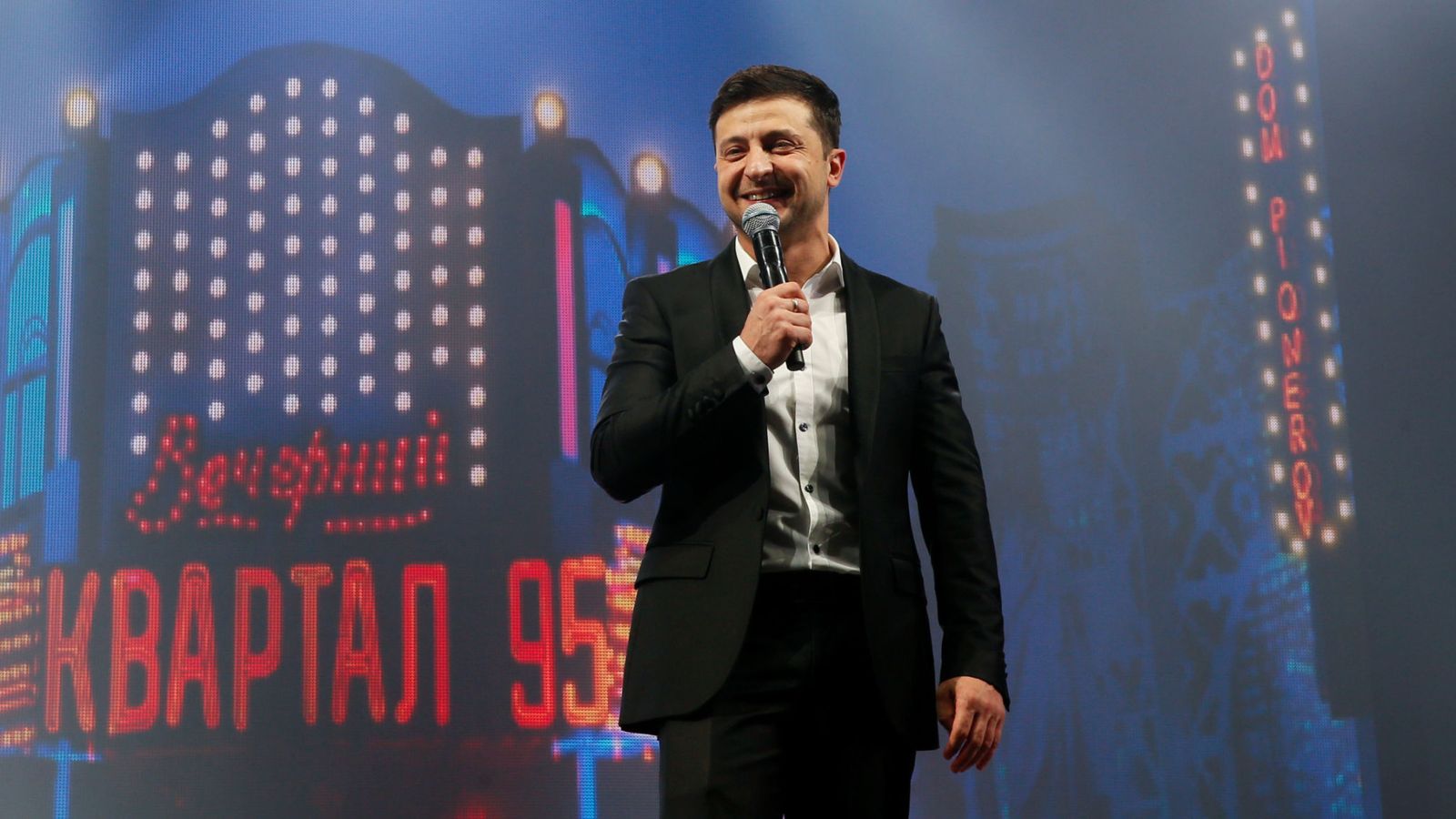 The exit poll showed Mr Zelenskiy had beaten Petro Poroshenko by a landslide with the incumbent winning just 25% of the vote.

Comedian Volodymyr Zelenskiy has won Ukraine’s presidential election with 73% of the vote, according to an exit poll.

Mr Poroshenko conceded defeat on Sunday and said he would leave office next month.

The poll conducted by the Kiev International Institute of Sociology and the Razumkov Centre public opinion organisation was based on more than 13,000 responses to face-to-face questions at 300 polling stations two hours before the polls closed.

The poll claims a margin of error of three percentage points.

If the poll is correct, Mr Zelenskiy, 41, who plays a fictitious president in a popular TV series, will now take over the leadership of a country on the frontline of the West’s standoff with Russia following Moscow’s annexation of Crimea and support for a pro-Russian insurgency in eastern Ukraine.

Mr Zelenskiy has promised to end the war in the eastern Donbass region and to root out corruption amid widespread fury over the soaring cost of living and falling living standards.

Speaking after casting his vote, Mr Poroshenko said: “It’s important to be guided by reason, not laughs.”

He added: “It could be funny first, but pain may come later.”

He emphasised the need to “defend achievements over the past five years”, noting the creation of Ukraine’s own independent Orthodox church, which he championed.

Mr Zelenskiy, who comes from Ukraine’s mostly Russian-speaking east, got twice as many votes as Mr Poroshenko in the first round of voting three weeks ago.

Opinion polls have put him way ahead of the incumbent before Sunday’s run-off.

Speaking after voting in the Ukrainian capital, Mr Zelenskiy predicted Sunday’s vote would mark a “victory for the Ukrainian people”.

He added: “We have united the country.”