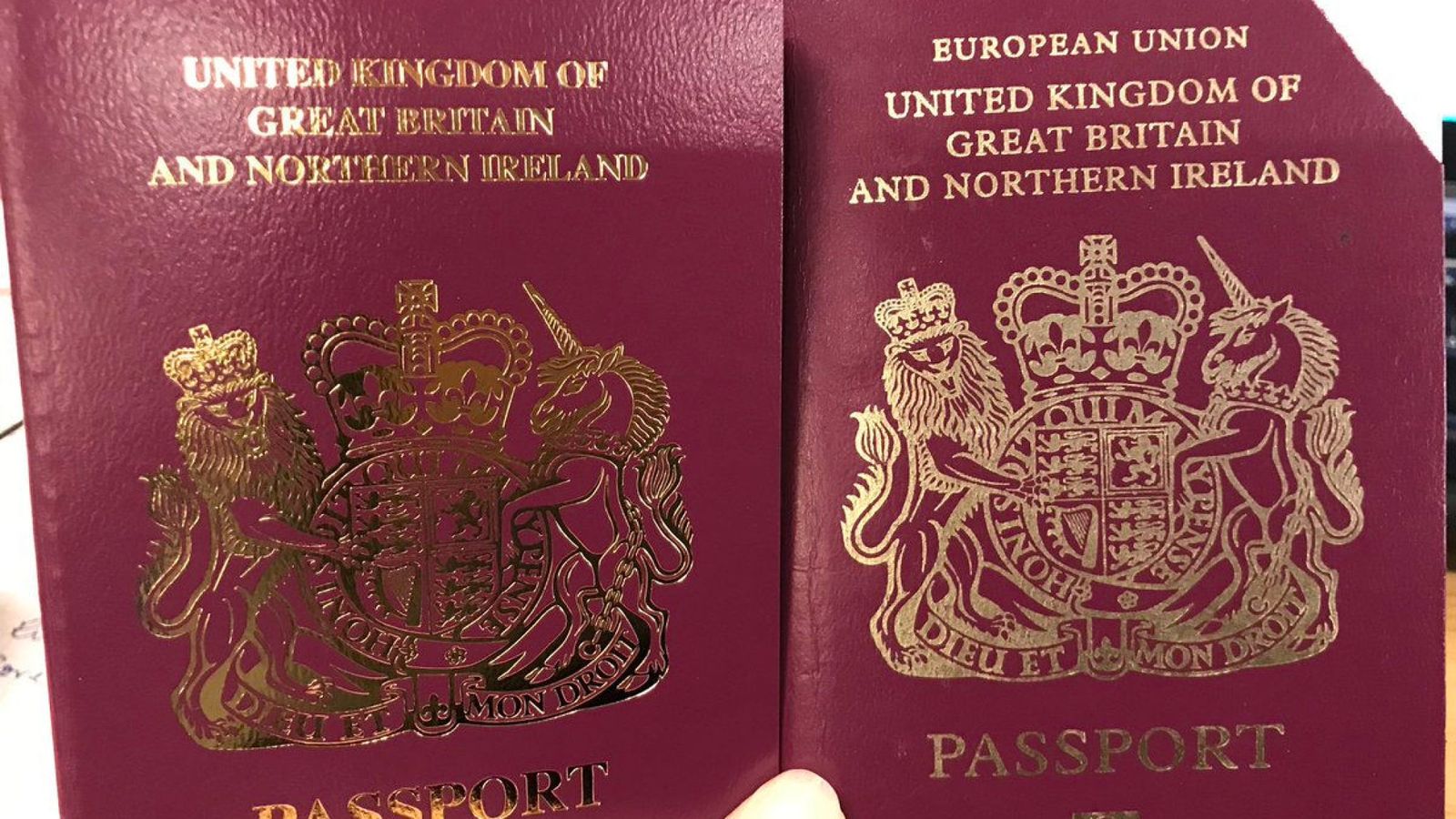 The first British passports without the words European Union on the front cover have been issued to the public, despite the delays over Brexit.

They were introduced from 30 March – the day after Britain was expected to leave the EU.

Some of the burgundy passports including the words European Union will continue to be issued while the remaining stock is used up, but those applying for a new travel document will not be able to choose between the two.

However, both designs will be valid for travel.

Susan Hindle Barone, who picked up her new passport on Friday, said she was surprised to see the EU words omitted because “we’re still members of the EU”.Advertisement

“I was surprised they’ve made the change when we haven’t left, and it’s a tangible mark of something which I believe to be completely futile,” she said.

“What do we gain by leaving? There’s certainly a whole lot we lose.”