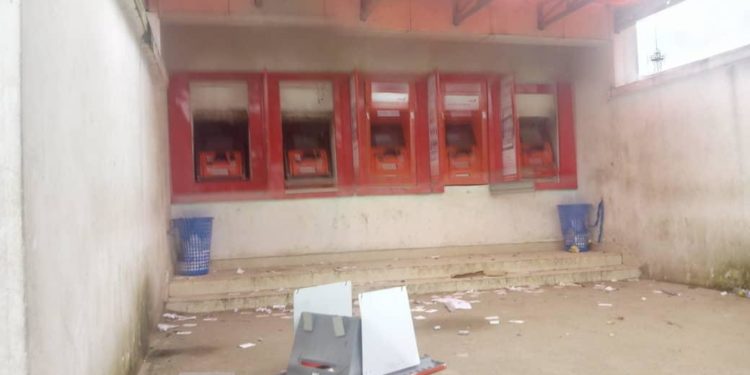 There was some confusion as an Automated teller Machine (ATM) cashpoint with five withdrawal points belonging to a new generation bank close to the gate of the University of Calabar caught fire in Calabar, the Cross River State, on Saturday.

No one was hurt in the incident it was gathered, but it caused panic among people who came to withdraw at the cashpoint.

The incident occurred soon after the bank officials loaded cash on to the machines.

It was gathered that policemen cordoned off the area, when the incident occurred in the area.

“I have never seen such a thing happen at an ATM withdrawal point before,” an eyewitness in the area said.

Bank officials who were spotted at the scene of the incident refused to make any comments.