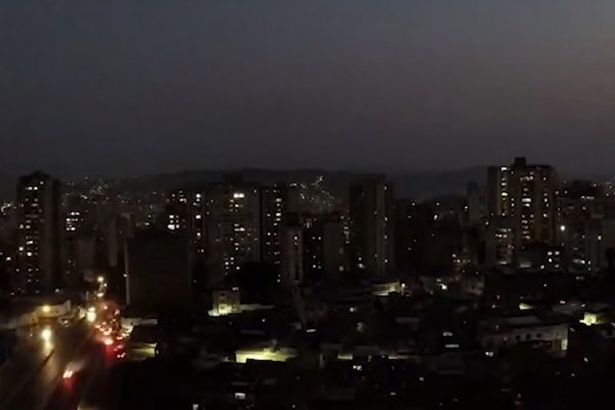 A widespread power failure early Sunday morning left at least two South American countries — Argentina and Uruguay — entirely without electricity, according to an energy company, while social media users said that parts of Brazil, Chile and Paraguay had also been affected.

The energy company, Edesur of Argentina, announced on Twitterabout 7:50 a.m. that a “massive failure in the electrical interconnection system left all of Argentina and Uruguay without power.”

“There is a complete blackout in Argentina,” said Alejandra Martínez, a spokeswoman for Edesur, which services parts of the capital and its suburbs. Ms. Martínez said, adding that at least part of Uruguay was affected as well.

Ms. Martínez described the blackout as “unprecedented.” She said, “This is the first time something like this has happened across the entire country.”

Uruguay’s energy supplier, know n as U.T.E., said on Twitter that a malfunction at 7:06 in the Argentine network had left the “entire national territory” without service.

Argentina has more than 44 million people, while Uruguay’s population is nearly 3.5 million. Edesur has more than 2.5 million customers, according to its company profile.

It remains unclear what caused the outage, and Edesur was waiting for instructions from government authorities, Ms. Martínez said.

The blackout comes on a weekend when Buenos Aires and its suburbs have been hit by heavy rainfall. Social media users said the blackout had spread to Chile, Paraguay and southern Brazil.

Residents posted images of their dark towns and cities. An economist in Uruguay said on Twitter that radio outlets were reporting 180,000 customers were without power in Montevideo, the capital of Uruguay, and 45,000 in Canelones.

Subway trains were paralyzed, the Argentine news site Infobae reported, but flights appeared to be taking off and landing because airports were operating on generators.

Edesur was one of the first to alert the scale of the blackout. Edenor, the other distributor servicing the Argentine capital and its suburbs, followed suit with its own Twitter post at 8:33 a.m.

Later in the morning, the energy secretariat in Argentina said that work to turn the power back on had begun in parts of the country, but that and restoring the entire system “could take a few hours.”

In 2009, a huge power failure in Brazil involving the world’s largest operating hydroelectric plant caused widespread blackouts that affected tens of millions of people and exposed the vulnerability of the country’s electricity infrastructure.

That failure occurred at the Itaipú plant, which straddles the border between Brazil and Paraguay along the Paraná River and is a critical source of power for both nations.

2019-06-16
Previous Post: ‘Why I Was Kind To Journalist We Kidnapped’
Next Post: Abuja Church Offers Scholarships To Needy Members