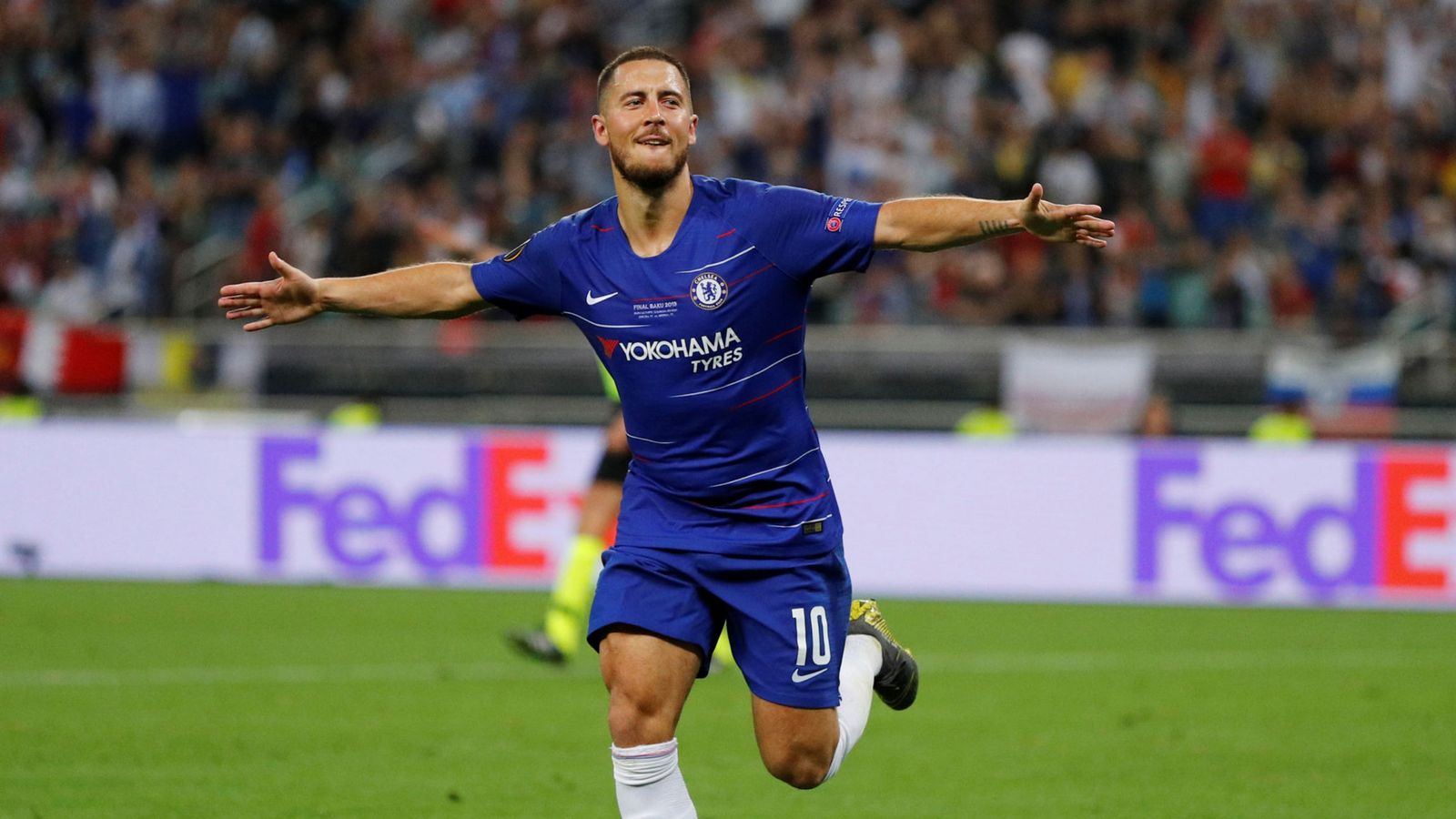 Chelsea have won the Europa League final after beating Arsenal 4-1 at the Baku National Stadium in Azerbaijan.

Eden Hazard scored two goals on what could be the last time he plays for the west London side, in a victory that has prevented Arsenal from qualifying for the Champions League.

Olivier Giroud delivered the opening goal against his former side at 49 minutes, before Brazilian striker Pedro struck 11 minutes later to make it 2-0 to Chelsea.

Hazard then slotted home a penalty against former Blues goalkeeper Petr Cech to make it 3-0 with around 25 minutes to go.

The spot kick was awarded after Giroud was barged over in the area by Arsenal winger Ainsley Maitland-Niles.

The second half goal spree came after a goalless first half in which Giroud missed the best chance and Arsenal midfielder Granit Xhaka hit the bar.

Chelsea’s victory marks the second time they have won the tournament.

It is also the first time Maurizio Sarri has won silverware in his 29-year career, and comes amid speculation he may leave Stamford Bridge to manage Juventus.

Arsenal’s defeat prevents them from lifting their first European trophy since 1994 and stops coach Unai Emery from securing his fourth Europa League title.

Relatively few English fans travelled to Azerbaijan for the final because of high travel costs, and neither Arsenal nor Chelsea sold out their allocations of 6,000 tickets each.

However, many fans of both clubs have flown in from Russia and South East Asia, and both Arsenal and Chelsea have local supporters in Azerbaijan.