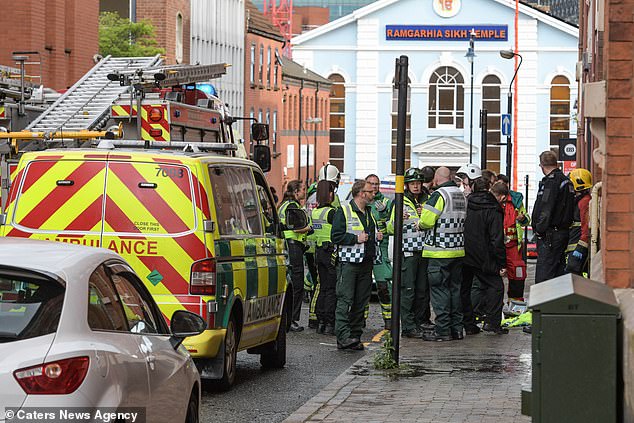 A building has collapsed in Birmingham city centre this evening, leaving at least one person seriously injured.

Authorities were called to the city’s Jewellery Quarter just before 6pm on Wednesday and pictures showed ambulance crews gathering outside a Victorian building.

A spokesperson for West Midlands Police said in a statement: ‘Police were called to reports that a building on Vittoria Street in Hockley, Birmingham had collapsed just before 6pm this evening.

‘It’s understood that at least one person has been seriously injured.

‘Officers are currently at the scene with fire and ambulance colleagues. The health and safety executive have been informed.

‘Vittoria Street is closed to allow for emergency services to investigate the cause of the collapse. Members of the public are asked to avoid the area.’