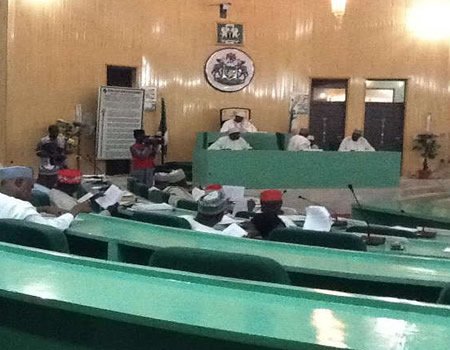 A Bill seeking for the establishment of four new Emirate councils in Kano State has been passed into law by the Kano State House of Assembly on Wednesday.

The bill is seeking to amend the Local Government and Chieftaincy Affairs law to pave the way for the upgrading of some traditional rulers to First Class emirs, who will now rule over separate domains namely Rano, Karaye, Bichi and Gaya emirates.

The State House of Assembly, had, at its sitting on Tuesday, adopted the report of its joint committee on Local Government and Chieftaincy Affairs, and that of Judiciary, following series of contributions on the issue by the lawmakers.

It will be recalled that the assembly embarked on the review of the law after receiving a petition from Ibrahim Salisu Chambers seeking for the creation of four additional first class Emirates in Karaye, Bichi, Rano and Gaya.

According to the petition, the establishment of the emirate councils will bring more development, decentralise the traditional council, bring the historic emirates closer to government, enhance security and development.

Reading the report of the joint committee on the floor of the house on Tuesday, the Majority Leader, Alhaji Baffa Danagundi said the report recommended the review the existing law after due consultation with stakeholders.

He added that the feedback the committee received from the public, massively supported the upgrade of the four emirate councils and clearly showed the need to upgrade the traditional rulers.

Most other lawmakers in their separate contributions to the debate backed the report, which was unanimously adopted by the assembly.

Meanwhile, hundreds of residents stormed the assembly carrying placards with different inscriptions in support of the move to appoint additional first class emirs in the state.

It will also be recalled that the former Governor of Kano State, late Abubakar Rimi had created new emirate councils in 1982 which were later dissolved by his successor, late Sabo Bakin-Zuwo in 1983.

Kano State, which has 44 local government councils,  has one Emir, based in Kano, the state capital. The current Emir of Kano is Malam Muhammadu Sanusi II, a banker and former Governor of Nigeria’s Central Bank.