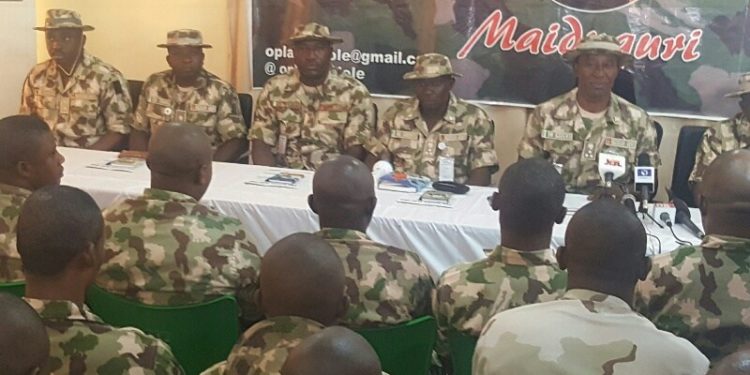 The General Officer Commanding (GOC) 6 Division, Maj.-Gen. Jamil Sarham, who is also the Land Component Commander of Operation Delta Safe, while inaugurating the General Court Martial, declared that the army would not condone indiscipline.

President of the court martial, Brig.-Gen. Bassey Etuk, in his remarks, assured that he and six other members of the panel would do justice and they would not betray the confidence reposed in them.

The court martial panel members later held a brief inaugural sitting, in the presence of lawyers and family members of the accused soldiers, with Brig.-Gen. Etuk adjourning the sitting till June 24 this year.