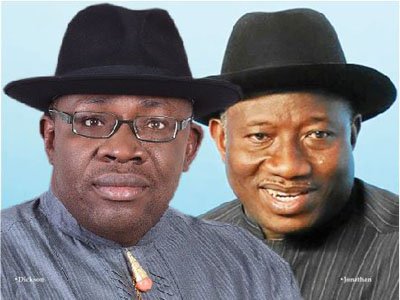 Can Governor Seriake Dickson’s successor in Bayelsa State come from the Peoples Democratic Party (PDP)? The governor of the oil-rich state appear to be confident that he will hand over the baton of the state’s leadership to the PDP candidate after the forthcoming November 16 governorship election.

Speaking recently at a PDP stakeholders’ meeting, the governor insisted that with the support of leaders of the state, he would lead the PDP to victory at the coming poll.

“How we survived during the 2015 governorship election is by the grace of God and our mobilization skills. You now have people who know how to play opposition politics. As we begin the transition programme, we expect you to put on the toga of an opposition person.”

There is, however, an unusual kind of silence in the state with only a few months to the election that will determine who takes over the mantle of leadership from Dickson. The task of getting a successor is made more precarious in PDP by key political figures in the state who were accused of engaging in anti-party activities to undermine the party’s leadership.

The last general election threw up some unresolved issues that border on anti-party, leaving a question mark on the allegiance of some members and leaders of the party. Ordinarily, it would be logical to expect that a former President of the State, Dr. Goodluck Jonathan and Governor Dickson would join forces to tackle the issue of succession. However, the fallout of the last general elections, especially the activities of party leaders identified as the henchmen of the former President, has thrown up more puzzles.

For instance, the state leadership of the PDP is irked by the decision of known associates of the former President to throw their weight behind opposition candidates of the All Progressives Congress (APC) and the Action Democratic Alliance (ADC) in the last election.

The PDP won 20 out of the 24 House of Assembly seats out of the 23 whose results were declared. The party is in court with its candidates, battling to retrieve the remaining seats as well as two House of Representatives and one Senate seats, which it believed were manipulated by the APC in connivance with the Independent National Electoral Commission (INEC).

Sources in the PDP observed that the former President whose presence should ordinarily be a motivating factor curiously stayed away from the campaigns of the PDP in the last general election. The bewildered party leaders are not comfortable that Jonathan refused to back Dickson when he led the leaders of the party across the state to canvass for votes.  Key party leaders believed that the former President did not only ignore the political campaigns of his party, his allies sponsored opposition candidates against the PDP in the last election.

A notable party leader who spoke in confidence said: “Even as the state moves closer to the November 16, 2019 gubernatorial election, there is a growing disenchantment among top chieftains of the PDP against the deliberate moves by Jonathan political family in Bayelsa to sabotage the fortunes of the PDP.

“PDP leadership set up a panel of investigation into the conduct of party leaders and members during the last election with a view to taking disciplinary measures against culprits of anti-party. Unfortunately, the report of that panel is still being awaited as the party was caught in a game of the ostrich, not willing to disrupt its internal cohesion by punishing allies of the former President who naturally should play as the father of all.

“It is incontestable to say that in Bayelsa, the expected role of former President Jonathan is seriously scathed by the events of the last election and the general perception that he had turned his back to the PDP which provided the platform for his ascendancy.

“It is in the records of the party that Jonathan did not just avoid identifying with the party in its critical moment of need, he also did not make any financial contributions to aid the party’s pursuit of victory in the elections.

“Many leaders of the PDP are also bitter that the former President did not live up to the high expectations from somebody of his status as he kept mum when the party came under a heavy attack from an interplay of forces loyal to the Federal Government and the All Progressives Congress.

“It is the viewpoint that a man who deliberately refused to condemn the murder of a Government House photographer and a party chieftain in Southern Ijaw and the brazen acts of impunity at Nembe Bassambiri is not in the best moral position to decide the party’s next successor.”

Another factor that seems to have worked against Jonathan and his followers is their perceived reputation for turning against their political associates. There is the prevalent belief that Jonathan’s lack of firmness and decisiveness was at the root of the disintegration of his political movement, the Green Movement, which he formed alongside his associates as governor.

Defending his boss against allegations of anti-party activities, Media Aide to the ex-President, Ikechukwu Eze, dismissed them as untrue.

He said: “It is manifestly dishonest, deceitful and preposterous for anybody to suggest that former President Dr. Goodluck Ebele Jonathan is working against the interest of the party under which he rose to occupy the highest office in the land.

“As one of the leaders of the party, having served as President under the Peoples Democratic Party, it is obvious that Dr. Jonathan has continued and will continue to work for the success of PDP across the nation.”

But the seemingly overbearing influence of Jonathan’s wife, Mrs. Patience Jonathan, has not helped Jonathan’s popularity with the political crowd and its leaders in Bayelsa. Most people hate the idea of a Bayelsa being governed by a man who would hand over the state to the controlling influence of the former First Lady.

Sources said the closeness of some of the governorship aspirants, including Reuben Okoya, to the former First Lady was negatively affecting their ambitions. In fact, a good majority of PDP stakeholders appear not inclined to queue behind a candidate emerging from Jonathan following his recent history with the state PDP. Such Stakeholders are of the view that it will be repugnant to the concept of justice and fairness for some people to make the sacrifice over the years to build a solid party only to yield it to some passive interests.

Investigation further revealed that all leaders of the PDP Restoration Team led by Dickson are of the same opinion. Dickson recently told PDP stakeholders in April that he would support somebody from his restoration team to fly the party’s flag in the November 16 elections.

Although, a number of government officials have so far indicated interest in participating in the primaries, none of them have summoned the courage to make public declarations of their ambitions.

Indeed, Dickson’s declaration that the search for his successor would begin from the Restoration Family, which controls over 80 per cent of the PDP in Bayelsa, has ruffled some feathers. Restoration members have insisted that since they are in control of the party, any attempt to impose a candidate on them from outside their family will be resisted vehemently. Indeed, some of the politicians who belong to the household of the returnee aspirants are said to be jolted by the position of the Restoration Team.

But some of the aspirants are claiming that they have Jonathan’s backing. Such aspirants are pushing the narrative that they have not received the backing of the governor yet because they are believed to be too independent-minded and mature for his support. These aspirants view President Goodluck Jonathan as the only lifeline to their ambition, seeing that they lack the political presence, the pedigree and popularity to pursue a successful campaign in the state without the governor and his men.

But the multiplicity of aspirants jostling to succeed Dickson has put the PDP and its leadership in a difficult situation. A top member of the State Executive of the party lamented that a particular leader invited many of the aspirants to indicate interest in the governorship thereby deepening confusion ahead of the election.

Despite the name dropping, the two political leaders of the PDP, Dickson and Jonathan, have kept mum about the touchy issue of the PDP candidate in the next election.

While both leaders have held close door meetings with no other person in attendance, the outcome of such deliberations are closely guarded secrets. The enduring silence from those perceived as the anchor for the political ambitions of these aspirants have resulted in a lull in political activities across Bayelsa.

A source close to Dickson, who is also a member of the State Executive Committee of the PDP, hinted that only Dickson will determine his successor. The source said that it is the party’s view that the former President whose strongest contribution to the PDP in Bayelsa remains his membership of the party in principle, should concede the decision to the governor in the interest of continuity, party cohesion and strength.

The party chieftain, who preferred anonymity, said: “PDP in Bayelsa takes directives from only one man, Governor Dickson. His firm grip on the party is as impregnable as it is impenetrable.”

But observers of the political situation in Bayelsa are of the view that it would strengthen the PDP further if the two leaders agree on a consensus arrangement where the governor and the former President agree on a successor.

A PDP chieftain said: “As the state inches towards November 16, it is the inevitable reality that no candidate of the PDP will emerge let alone win an election in Bayelsa without the support of the Restoration family built on the leadership provided by Dickson.

The governor, however, has continued to deny rift with Jonathan. The governor said they were in good terms, insisting that their cordial relationship was displayed during the last state function on the Bayelsa Education Development Fund (BEDF).

He said: “That event should have shown to most people that there is no problem between us. He is my elder brother and leader and he will continue to receive his respect. Even in this transition. That event shows that we are united when it comes to what we do for our people.

“There is no relationship that has lasted longer than our relationship. There is no issue. But aides and people around make careless statements and they manipulate stories and take advantage of the proximity they have with the former President.”

Dickson said Jonathan would be the first leader he would consult during the process to decide his successor and standard bearer of the PDP in the coming election.

“I will sit down with former President Jonathan. When I am ready, I will visit him and we will compare notes. I have his support. The bottomline remains that I am in charge of governance. There are many people I will sit down to rob minds with,” he said.