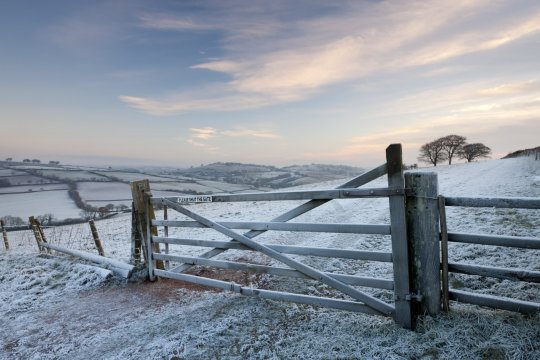 You may have been enjoying longer days, the first glimpse of sunshine and balmy conditions but weather forecasters are warning people not to get their hopes up – as it’s about to get much colder again.

A band of Arctic air will send temperatures tumbling below average for the time of year at the end of this week, making spring feel more like winter.

Widespread frost is expected as the mercury struggles to rise into double figures on Tuesday and Wednesday.

Today, the south east of England was expected to record temperatures as high as 20°C, but forecasters warn that will be short-lived.

Met Officer Bonnie Diamond said: ‘After what was a generally mild weekend and today being warm in some parts, the temperatures are just going to take a tumble again.’

She said it will be quite cloudy and showery in the south and south west on Tuesday. ‘It is going to feel much cooler than what today will feel,’ she said.

‘Because it’s from an Arctic source, it’s going to introduce cooler temperatures to the country as we go through Tuesday and into Wednesday.’