Abati: Our Interview With Buhari Proved He Is In Charge — He Knows What’s Going On 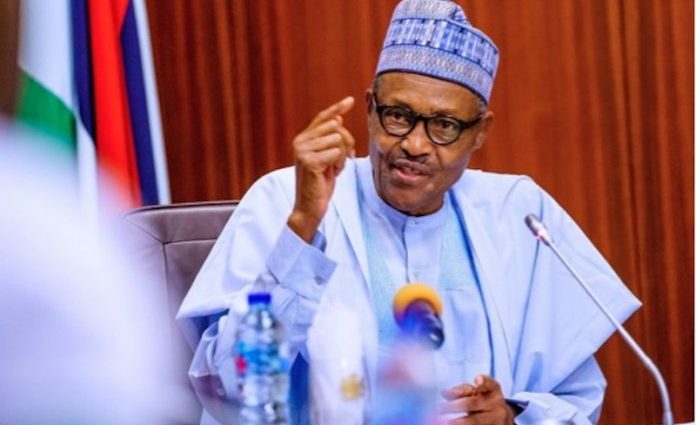 Reuben Abati, former spokesman to ex-President Goodluck Jonathan, says it is evident that President Muhammadu Buhari is in charge of the country.

Several critics including Wole Soyinka, Nobel laureate, and Aminu Tambuwal, governor of Sokoto state, had claimed that Nigeria is being run through proxies and that Buhari is not in charge of the nation’s affairs.

Some others have alleged that the president’s spokespersons have been airing their opinions and not those of their principal.

But Abati, who was among the team that spoke to the president, said the interview proved that Buhari is in the know of things in the country.

He said the president is in charge and “showed no hesitation in restating some of his reported views and taking ownership of them despite the controversial nature of those views”.

“His submission to a media conversation is also a form of protection for his spokespersons. Many have accused Garba Shehu, Femi Adesina and Alhaji Lai Mohammed of speaking for themselves, and not for the President, but we have all seen a President, speaking for himself, whose views do not contradict what his aides have been telling us,” Abati said in an opinion piece.

“Our interview with him also proved the point that there is no doubting the fact that President Muhammadu Buhari is effectively in charge. He knows what is going on. And he showed no hesitation in restating some of his reported views and taking ownership of them despite the controversial nature of those views.”

Abati said the Buhari interview “has further revealed how divided we are as a nation”.

He urged the president to address Nigerians more often.

“Whoever advised President Buhari to grant media interviews last week and also address the nation on Saturday, June 12, did him a big favour. The intensity of media appearance was a good move, even if it came rather late,” he said.

“Every President has his or her own style but deliberately playing possum should not be part of that style. President Buhari should speak more often to Nigerians. He should sit down at Presidential media chats.

“Nigeria is not a feudal system where the aristocrat treats the people with disdain. In a democracy, the man of power is accountable to the people who expect their leaders to continually justify why they must be in power and office.”

2021-06-15
Previous Post: Nigeria Inflation Rate Decrease To 17.93% In May
Next Post: Wike to Buhari: You Can’t Abandon Security For Governors… Your Mandate Is Beyond Seeking Loans