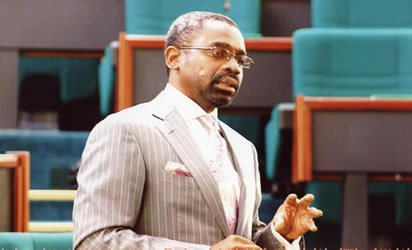 All the State governors in the Southwest Zone under the All Progressives Congress, APC, have endorsed the Majority leader of the House of Representatives, Hon Femi Fagbabiamila for the Speaker of the House in the Ninth National Assembly.

Tribune gathered that this took place in Abuja on Tuesday night at a unity reception organised by the Ekiti State governor, Dr John Kayode Fayemi for both returning and new members of the House of Representatives from the six states in the zone across parties which more than 90 per cent of all the lawmakers from the region were in attendance.

Besides the host, Fayemi, other governors present at the occasion include Rotimi Akeredolu (Ondo), Gboyega Oyetota (Osun), and Abiola Ajimobi (Oyo), who was represented by Senator Teslim Folarin.

In addition, both the Lagos and Ogun states Governors-elect, Sanwo-Olu and Dapo Abiodun respectively were also present at the event.

According to a source close the meeting, the governors resolved to work in unionism and speak with one voice in ensuring victory for Gbajabiamila, describing the struggle for the Speakership race as a project for the region.

“Governor Fayemi did not mince words telling the members-elect and the returning members that Gbajabiamila’s candidacy is not for himself but for the Southwest and as such should try their best by reaching out to their colleagues from other geopolitical zones in the country to rally support for him.

“He told them that it was a national project that must be accomplished with a sincerity of purpose that would portray APC as a strong and cohesive party, with totally loyal members,” our source declared.