Sanusi Debunks Fake News That Nigeria On The Verge Of Bankruptcy 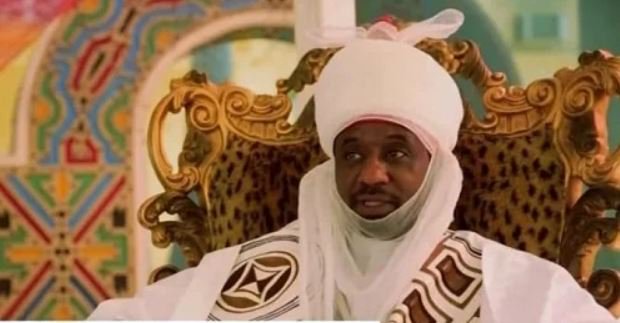 The Emir of Kano, Muhammad Sanusi II, on Tuesday commended President Muhammadu Buhari for his recent speech declaring war on poverty, which, according to the monarch, was well received “nationally and internationally”.

A statement sent to Premium Times by Ibrahim Ado-Kurawa, an official of the Kano Emirate Council, said the Emir spoke at the third National Treasury Workshop convened in Kano by the Office of the Accountant General of the Federation.

Mr Ado-Kurawa wrote, “Addressing the workshop, the Emir, however, noted that addressing poverty will require taking difficult and painful decisions to free up resources for investment in education, health and infrastructure and the funding needed for these investments cannot be raised from
taxation during an economic slowdown.

“One major area of concern is the huge amount the country continues to spend on subsidizing petroleum products.

“The Emir recalled that in his days as Central Bank Governor, he had alerted the nation that in 2011 for example, the Federal Government earned $16 billion from the oil sector but that the nation spent $8 billion on importing petroleum products and $8.2 billion on subsidies of the same products.

“The result is that all the money earned from oil went into petroleum imports. This situation is unsustainable and could eventually lead to bankruptcy if not addressed.

“Continuing, Emir Sanusi recommended as a first step that the Federal Government should convert subsidy regime from a “naked hedge”, which it is today, to a proper subsidy.

“For example, he said, the Federal Government could pay 30 per cent of the cost of petroleum products this year, and reduce it by 10 per cent annually until by 2022 when the subsidy is eliminated.

“Although he recognized that it would be politically difficult to remove the subsidy at a go, he insisted that Nigerians must be ready to pay higher prices for petroleum products if oil price goes up.

“The government needs to put the money saved into education, health and other development projects, he said.

“The Emir also advised the Federal Government to stop subsidizing electricity tariffs as poor people will pay cost-recovery tariffs if
they have a 24-hour supply of electricity.

“This enables them to earn income from small enterprises and lift themselves out of poverty.

“He gave an example of Cote d’Ivoire wherein Abidjan there is a regular supply of power and the citizens pay cost-reflective tariffs.

“Mr Sanusi raised concerns about recent reports that Debt Service/revenue ratios have risen to 70 per cent and stressed that clearly the nation cannot afford to continue spending on these subsidies.

“He advised treasurers to advise their principals on the unsustainability of these arrangements in order to strengthen the fiscal balance sheet
of the government and improve the economy.

“At the beginning of his speech, the Emir had expressed reluctance to speak at events because every suggestion made to improve things is always treated as a criticism.

“He said he had decided not to attend such events again but that he was there to honour the Accountant General of the Federation who hails from Kano.”

Meanwhile, the office of the Accountant-General of the Federation has sent PREMIUM TIMES a statement saying media reports had misinterpreted the Amir’s comment at the event.

The statement by Henshaw Ogubike, deputy director, press and public relations, reads, “The attention of the office of the Accountant General of the Federation has been drawn to a statement credited to the Emir of Kano HRM Muhammadu Sanusi II, saying ” Nigeria on the verge of bankruptcy”.

“The Nation and other Newspapers online report on Tuesday 25th June 2019, published this story on their online news claiming that the Emir declared that Nigeria is on the threshold of bankruptcy following unfavourable economic policies such as subsidizing Petroleum products and Electricity tariffs.

“This is not true, as the respected Emir was only advising Government to consider gradual withdrawal of subsidy on Petroleum products and Electricity tariffs to enable the Government to have resources for infrastructure, Education and Health care.

“The Royal father was quoted out of context. We, therefore, call on the general public to disregard those online misrepresentations of facts.

“In addition, the Emir suggested the way forward to Government by advising the present Administration to take a second look at the issue of subsidy, that Nigerians deserve and expect transparency and accountability in the management of the nation’s Treasury.

“The Emir further advised that the Government should look at the components of petroleum products and do the needful.”