RUGA SETTLEMENTS: No Going Back – Presidency 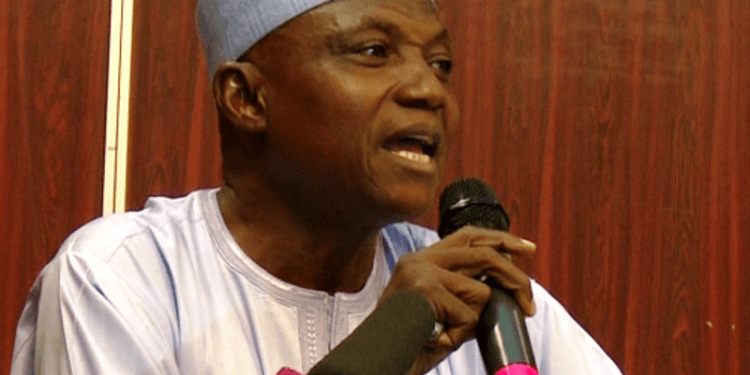 Despite protests, the Federal Government will establish Ruga settlements for herders, according to the The Nation.

The government said the scheme had already taken off in 12 of the 36 states.

It was learnt that each of the 12 states actually applied and indicated the quantum of land available.

But Ruga settlements will not be imposed on any state by the Federal Government.

According to the President’s Senior Special Assistant on Media and Publicity, Mallam Garba Shehu, who spoke with our correspondent, the “Federal Executive Council (FEC) had approved the establishment of Ruga settlements in any state that is willing to have it”.

“The pilot scheme has already taken off in about 12 states; there is no imposition on any state.”

Neither the Presidency nor the Federal Ministry of Agriculture is willing to release the list of the states.

It was not clear whether Benue, for instance, is one of such states. There have been protests that despite its objection to such settlements, the Federal Government was already working on it in the states.

Another source said “ the list of the 12 states; was kept under wraps for security reasons and to stave off political pressure on the governors”.

“This scheme is not designed to favour any tribe or people. It is meant to resolve farmers-herders conflicts,” the source said, adding: “The Federal Government appreciates the fact that governors have control over land in their states. Land is vested on the states and governors have the trusteeship. Anybody thinking that the Federal Government will hijack a state’s land is being mischievous.

“It is just unfortunate that the states crying out over these settlements are those who did not subscribe to the scheme at all.

“They just find it politically expedient to create a problem for the administration of President Muhammadu Buhari.

“What is wrong in creating settlements for herders to rear their cattle instead of the perennial clashes with farmers”.

“If these herders are in a settlement, security agencies will be able to monitor their activities and foster good relationship between them and farmers and other natives.”

There are indications that Ruga Settlement are a variant of the establishment of ranches agreed upon by governors.

A source in the Nigeria Governors Forum (NGF)  revealed that the governors at the National Economic Council (NEC)  in January agreed on a National Livestock Transformation Plan (NLTP) which will lead to the establishment of ranches.

The source said the NLTP was designed to attract about N2 trillion revenue annually.

The source added: “The NLTP was developed by the governors under the auspices of NEC. They decided to have 13 pilot states.

“In fact, NEC raised a technical committee headed by Governor Dave Umahi of Ebonyi State. The NLTP was approved by the NEC in January.

“I think the Federal Ministry of Agriculture came up with Ruga Settlement as a test for the workability of the larger concept of ranches.”

Upon the approval of NLTP by NEC in January, Governor Atiku Bagudu of Kebbi  State, who spoke with State House correspondents,  said the approval was as a result of a memo presented by  former Minister of Agriculture Audu Ogbeh.

He said the NLTP will attract N2 trillion into the economy through the livestock sector.

Bagudu said:  ”NLTP has been backed up with the ECOWAS Heads of State and government approval since 2005, because whatever we are doing in the livestock sector must incorporate the ECOWAS protocol; otherwise, whatever success that is recorded in Nigeria can be complicated by the ECOWAS arrangement, which we are part of,” he said.

“It is about creating condition to launch the peaceful transformation of the Nigerian livestock ecosystem to add, at least, N2 trillion to the economy.

“The approach is to invest in the livestock sector to provide ranches, mitigating the escalating crisis between pastoralists and farmers.

“The strategy would be supported by the development of an implementation plan, which Mr. President had already approved, that provides a guiding framework to states for implementing NLTP, which will be implemented in phases.”