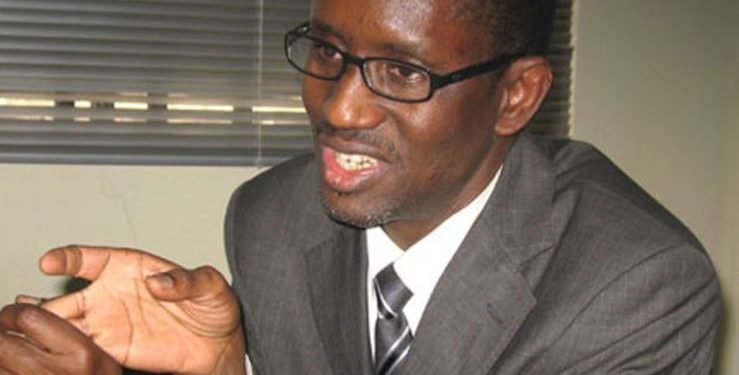 A former Chairman of the Economic and Financial Crimes Commission (EFCC), Mallam Nuhu Ribadu on Friday said it is time for governors and other public officers to tell Nigerians how much they earn as security votes.

He also said the practice of spending humongous funds as security votes should be checked.

He asked President Muhammadu Buhari not to be afraid of stepping on toes to bring the corrupt to justice.

Despite the ongoing trial of some judges, he called for more cleaning up of the justice sector to make the anti-graft war successful.

He recommended that more corrupt judges or those who are uncommitted to the anti-corruption war be shoved aside.

He said political hangers-on should not be allowed to use corruption cases for trade-offs and personal gains.

He described the war against corruption as existential which one must die to win or die while trying.

Ribadu made these submissions in a convocation lecture at the Federal University, Dutsin Ma, Katsina State.

He declared corruption was not a crime to treat with levity.

He said last year, the United Nations Secretary General, Antonio Gutters announced that the “global economy loses up to $3.6 trillion every year to corruption.”

But he was disturbed about the huge security votes available to governors and other public officers without accountability.

He said: “To the credit of current management of the EFCC, and the political leadership under President Muhammaud Buhari, otherwise unexplored or less investigated areas have now been brought under scrutiny.

“For a long time, security, both in concrete and abstract terms has been used to conceal expenditures that are largely fraudulent or dubious.

“If we learn lessons at all from the famous arms probe of the last three years, is that not everything written in the name of security actually gets spent for the intended purpose.

“We must insist that for accountability and transparency, Nigerians are told what monies are budgeted for our security apparatuses and for what purpose the monies are spent.

“The practice of political leaders spending humongous amounts of money in the name of security votes should also be checked.

“For example, I see no reason for governors and some other office holders to be expending billions of naira without budgetary provisions or accountability under the vague code of security.

“These are some of the areas that need opening up as a way of demonstrating that no one is beyond reproach. Accountability should be a no-holds-barred affair.”

He pleaded with the Buhari administration to sustain the political will in fighting corruption by stepping firmly on more toes.

He said: “It is important to not only continue to demonstrate the political will but also take steps to intensify it. This government has started well in this regard.

“It can only continue to succeed in the fight against corruption in the eyes of the public if it firmly steps on toes, ensure corrupt people are made to face justice and those who blow the whistle on corrupt acts are fully protected from all kinds of victimisation.”

Ribadu demanded more cleansing of the judiciary for the anti-graft war to have more impact.

He added: “A major step towards attaining sustained result in the fight against corruption is by first cleaning up our entire justice sector.

“There would only be limited or no success in anti-corruption campaign if the justice system is not properly sanitised to shoulder that important responsibility.

“Some steps have been taken in the past in this regard, but going forward, a more holistic and strategic approach has to be adopted to ensure maximum impact and meaningful result.

“Every individual within the chain of the justice sector needs to be above board, those who cannot uphold the basic tenets of integrity needed for such job should be shoved aside.”