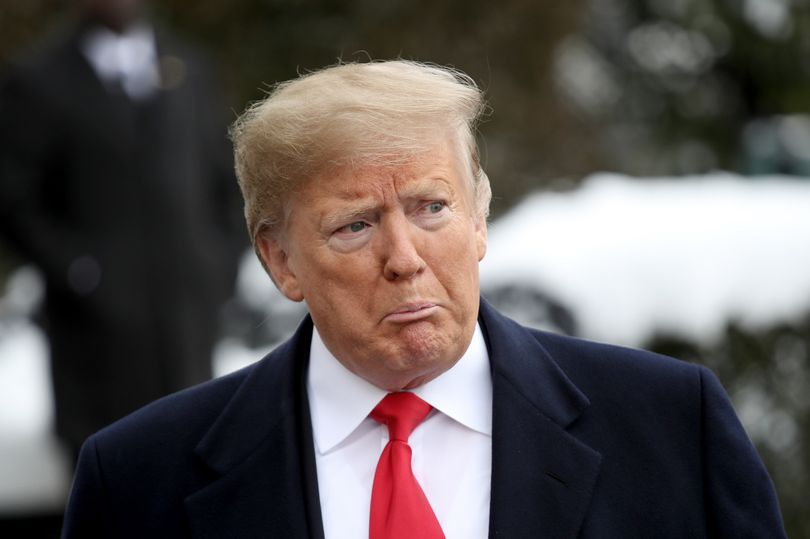 Donald Trump has said that he will no longer deal with the UK’s United States ambassador after emails were leaked where he called the administration ‘inept’.

The move could lead to a breakdown of the ‘special relationship’ between the two countries.

Mr Trump tweeted: “I have been very critical about the way the U.K. and Prime Minister Theresa Mayhandled Brexit.

“What a mess she and her representatives have created.

“I told her how it should be done, but she decided to go another way. I do not know the Ambassador, but he is not liked or well thought of within the U.S.

“We will no longer deal with him.

“The good news for the wonderful United Kingdom is that they will soon have a new Prime Minister.

“While I thoroughly enjoyed the magnificent State Visit last month, it was the Queen who I was most impressed with!”

Downing Street said Theresa May has “full faith” in Sir Kim Darroch after the extraordinary breach of confidentiality triggered a political firestorm on both sides of the Atlantic.

The diplomatic memos suggest that in order to communicate with the president “you need to make your points simple, even blunt”.

He questioned whether the White House “will ever look competent”.

A Foreign Office spokesman said: “A formal leak investigation has now been initiated.”

Officials insisted the relationship with the White House could withstand the “mischievous behaviour” of the leak.

Mr Trump, who was described as “radiating insecurity” in Sir Kim’s assessment, was clearly annoyed by the leak.

He told reporters: “The ambassador has not served the UK well, I can tell you that.

“We are not big fans of that man and he has not served the UK well.

“So I can understand it and I can say things about him but I won’t bother.”

Conservative Tom Tugendhat, chairman of the Commons Foreign Affairs Committee, told MPs he had written to the Metropolitan Police Commissioner Cressida Dick to “ask that a criminal investigation also be opened into the leak”.

The Prime Minister’s official spokesman told a Westminster briefing on Monday morning: “The PM has full faith in her ambassador to Washington.

“Our ambassadors provide honest, unvarnished assessments of politics in their country, those views are not necessarily the views of ministers or indeed of the Government.

“As the Foreign Secretary has said, this leak is not acceptable.

“We would expect such advice to be handled in the correct way and a leak inquiry has been launched.”