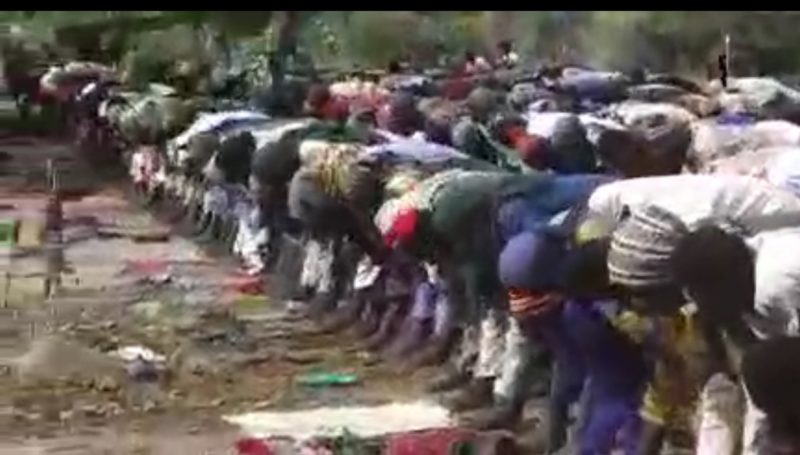 Hopes for peace in Nigeria’s north east were raised Saturday by Nigeria’s presidency on prospects that battered and weary Boko Haram militants were opting for a mass surrender to the Nigerian forces.

Malam Garba Shehu, the senior special assistant to President Buhari gave the hint in a statement to commemorate five years of the abduction of Chibok schoolgirls in Borno state by Boko Haram militants.

“The success of the Nigerian military in subduing Boko Haram is evidenced by the large numbers of militants who have surrendered recently, especially in neighbouring Cameroon and Niger.

“A similar mass surrender of militants is expected to happen soon in Nigeria”, Shehu said.

“While Nigerian military operations are ongoing, the government is also engaging with the militants but the talks have been affected by the factionalisation of Boko Haram – with one group adopting a hard line attitude and intensifying attacks on Nigeria, Cameroon and Chad, and another group engaging with the government for peaceful resolution,” he said.

Garba in the same statement blamed the military operations by Nigeria in the zone for the non-release of Leah Sharibu, the only Dapchi schoolgirl that has not been released by the militants, since her capture, along with scores of others last year February.

“On Leah Sharibu’s abduction, the interlocutors have reported encouraging progress so far.

“The report reaching us says her return to her family has unfortunately been hindered by the fear of the militants.

“They worry that heavy military presence in areas where they previously moved about freely could affect their safety after they return her to the government.

“At the same time, the military cannot jeopardise the security of the entire north-eastern region by halting their operations to accommodate Boko Haram’s fears.

“Leah Sharibu will be reunited with her family as soon as any conclusions are reached on a number of options being considered for her safe transportation”.

2019-04-13
Previous Post: Breaking: Cultists Behead Seven Again In Rivers
Next Post: I Have No House Outside Nigeria – Dangote