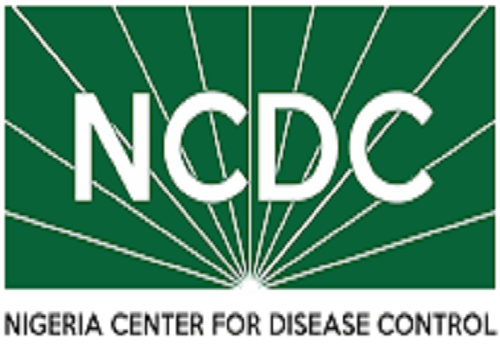 15 states in the country are currently affected by Meningitis this year, the Nigeria Centre for Disease Control (NCDC) has revealed.

This is as 2.8 million people are affected globally each year.

Hence, as the nation joins the rest of the world to mark the 2019 World Meningitis Day, NCDC urged all stakeholders – policy makers, leaders, communities and individuals – to join in raising awareness on Meningitis in Nigeria.

Meningitis is the inflammation of the membranes, known as meninges that protect the brain and spinal cord from infection and direct physical injury. The infection of the meninges by microorganisms such as bacteria or viruses results in the condition known as Meningitis, a very serious infection that can lead to death if left untreated.

This year, the NCDC seeks to increase awareness on the signs, symptoms and the devastating after-effects that it can have the extreme importance of early diagnosis and treatment, and the crucial need to support Meningitis survivors and their families

Globally, Meningitis affects about 2.8 million people each year. This disease remains a major public health challenge affecting countries in the African meningitis belt, where Nigeria falls; in 2019, 15 States are currently affected in Nigeria.

Meningitis cases have been found to occur through the year in the country with an observed increase during the dry season. The disease is highly contagious and can kill within 24 hours, so recognising the symptoms early and acting fast is crucial. Meningitis can affect anyone; however infants, young children, adolescents and older people are at greatest risk, with major risk factors being overcrowding and poor ventilation.

According to the World Health Organisation (WHO), about 10%–15% of those surviving meningococcal meningitis will suffer from complications, including mental disorders, deafness, palsies and seizures; or disabilities resulting from damages to the nervous system, including hearing loss, learning and behavioral difficulties; and other complications such as loss of sight, limb, and organ damage. Raising awareness of Meningitis and its after-effects is therefore very vital – “We all have a collective responsibility to address this public health challenge. As the agency with the mandate to protect the health of Nigerians, NCDC works closely with the Federal Ministry of Health, the National Primary Healthcare Development Agency (NPHCDA), other relevant agencies and partners to sensitise Nigerians on the disease and coordinate response nationally in the event of an outbreak,” Dr. Chikwe Ihekweazu, Director-General, NCDC.

Meningitis can be prevented by avoiding overcrowded places and ensuring adequate ventilation in the home, covering the nose and mouth with a disposable tissue when sneezing, coughing, or blowing the nose and disposing used tissues promptly into a waste bin. Form the habit of washing hands frequently with soap under running water, especially after coughing or sneezing.

Early presentation to a health facility and treatment increases chances of survival, so visiting the health facility immediately symptoms is extremely crucial. All health workers are advised to practice standard precautions at all times – wear gloves while handling patients or providing care to an ill relative.