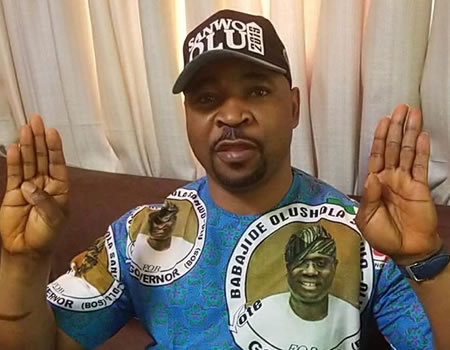 The age-long feud between National Union of Road Transport Workers (NURTW) chieftain in Lagos State Musiliu Akinsanya aka MC Oluomo and a popular estate developer, Kehinde Almaroof, has been resolved.

The head of Arota Ologun family of Orile Oshodi, Chief Teslim Almaroof, brokered peace between them on Tuesday in his Ikeja home.

Almaroof said he intervened because he was disturbed by the protracted crisis.

He said there could never be development in any unsettled environment where there is a dispute.

MC Oluomo and Kehinde, popularly known as Kenny Doo embraced each other at the meeting and promised to work together for the growth of Oshodi.

Elders and youths in the area praised Almaroof for resolving the dispute. They also hailed MC and Kenny Doo for embracing peace.